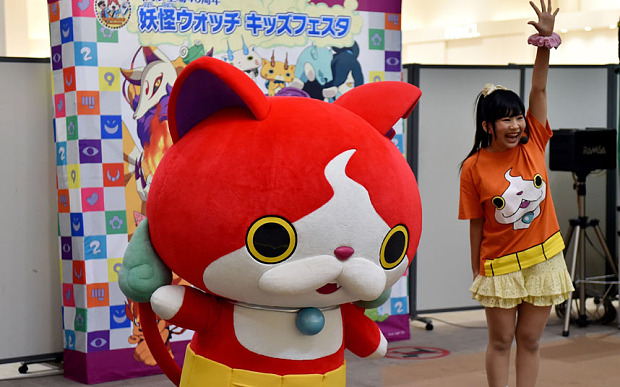 TO GO WITH STORY: Japan-entertainment-games-toy,FOCUS by Miwa Suzuki
This picture taken on August 12, 2014 shows “Jibanyan”, main character of popular “Yo-Kai Watch”, a nexus of manga comics, anime cartoons and computer games at an event to meet little children at a shopping mall in Tokyo. Move over Pokemon, a legion of new cutesy monsters are haunting Japan and set to break out all over the world after trampling the competition at home. Yo-Kai Watch shares with its predecessor Pokemon “a very similar sort of collecting mechanism”, where the main character battles monsters and then owns them. AFP PHOTO / Yoshikazu TSUNOYOSHIKAZU TSUNO/AFP/Getty Images

No Comments on "TO GO WITH STORY: Japan-entertainment-ga"