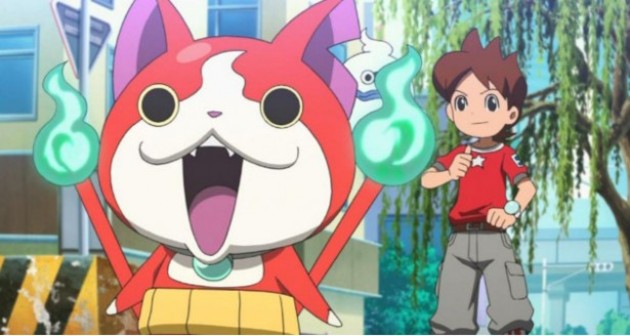 Level-5 also teasing an even “bigger” franchise for next year

It’s already pretty well known that the runaway hit franchise Youkai Watch has had plans to spread out of Japan and peacefully annex the West into its empire. But in case you were worried they were beginning to forget about us, Level-5 head Akiro Hino recently confirmed that the anime will be among the items coming overseas.

According to Gematsu, Hino confirmed the news during the release of Youkai Watch the Movie: Tanjou no Himitsu da Nyan!. The anime is planned to air in Europe, the United States and other countries, and while some character names will change, others such as Whisper and Jibanyan will remain unaltered.

In a more vague but intriguing announcement, Hino took the opportunity during an interview with Wedge Infinity to mention that Level-5 is working on a fresh concept that’s intended to eclipse even the massive success of Youkai Watch:

Around this time next year, I think we’ll have something out that’s different not just from Yokai Watch, but anything else we’ve ever done before. 2015 is going to be yet another big year of change for us.

2015 will be a year where we usher in a hit bigger than Youkai Watch.

That’s a mighty big claim given the dominance the Yokai Watch series has held over Japanese sales charts, but it’s not necessarily a bad one to make when you’re already the elephant in the game room. What do you think Level-5 could have up their sleeve, and are you looking forward to the anime being among the likely many properties hitting in the West? Let us know.