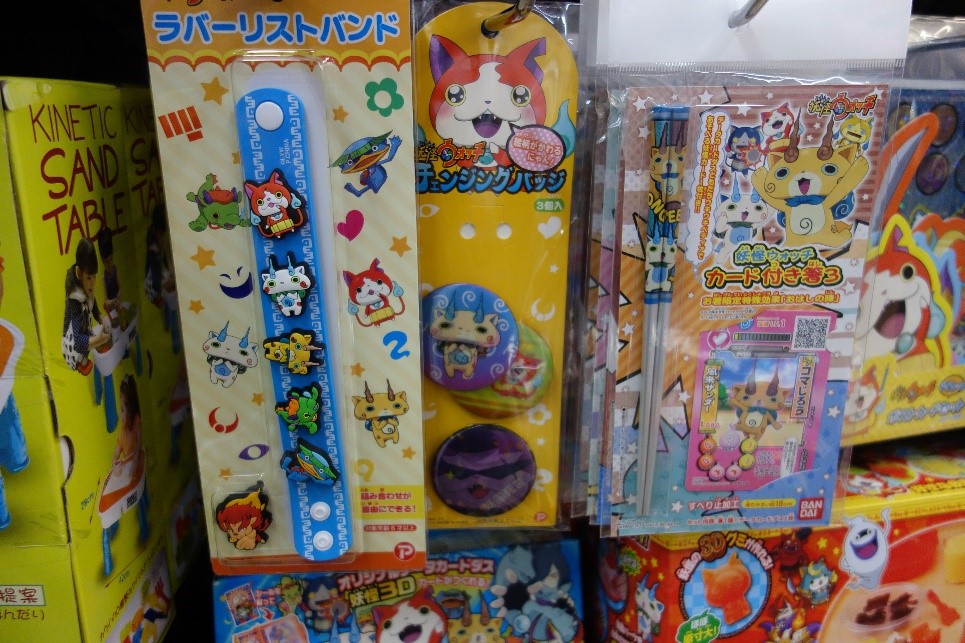 Nowadays, Yo-kai Watch heads the list of the most successful anime series in Japan. This is not surprising at all: the developers of the video game –and TV anime series, and movie, and manga books- have managed to make it very popular among children and young people in the Asian country.

And all the merchandising products have made Yo-kai Watch appear in almost any corner of Japan.

The creators of Yo-kai Watch are very aware of the great potential of merchandising –and of its benefits, of course.

It would be difficult to complete a list of all the anime hits that have increased the profits thanks to the “fan phenomenon”, from Doraemon to Pokemon… but also Naruto or Dragon Ball, for example.

Given the fact that Yo-kai Watch franchise is supported by huge communities of fans in Japan, it is not strange nor surprising that every day new promotional daily products appear.

@ZAWORLDO shows us all the lots of medals he got:

…and this cute key ring:

@KaWaiiStephanie surprises us with this:

And also with a video of her Yo-kai watch!

And @natsukigirl collects many Yo-kai Watch merchandising, a great fan!

The official DVD and 5th Fanbook:

Even this game developer from New York @jamesmielke

As you can see, the phenomenon is already reaching overseas. Thousands of fans wait for new releases, new products, gadgets and toys. And it looks like it’s not going to stop.

Now it’s your turn to show us your latest Yo-kai Watch merchandising.