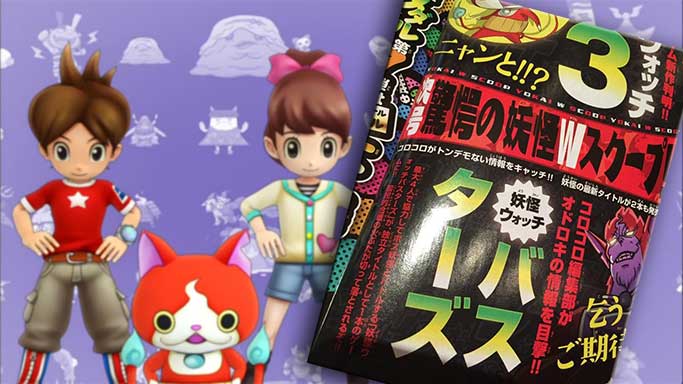 Japanese Magazine, CoroCoro shared a bit of information of what Level-5 is up to although its a GREAT news for Japan’s Youkai Watch fanatics, we are also excited as well!!

Level-5 is preparing for the third installment of their popular franchise Youkai Watch as the sales of the franchise boom in sales in Japan. Youkai Watch 1 and Youkai Watch 2, which has three different version, has sold over 6.5 million copies ever since the first game hit the retail shops of Japan in July 2013.

There has not been a release date yet or any detailed information about the 2 new games but we can conclude that it will be released in Nintendo 3Ds in Japan. CoroCoro promises to share more information on their next month issue, so stay tuned for more details.

Youkai Watch is scheduled to release globally in 2016.