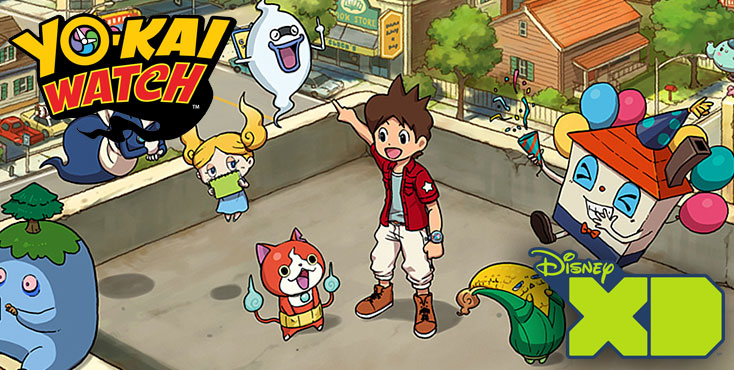 Last week, Disney XD premiered the English localization of the Yo-kai Watch anime. The series started with a huge five-day straight episode marathon, premiering October 5th, and running through the week to end on October 9th. Much of the localization was applauded, with the anime maintaining much of the Japanese charm it’s so well-known for; what few changes were made focused on basic text translation or removal of untranslatable jokes.

Fans were overwhelmingly positive in their reception of the localized series. Reddit user Yamohasclap has graciously provided a bevvy of ratings numbers for the week-long push, presented below with additional commentary following.

Though these numbers are wonderful, they are slightly misleading. Considering that Disney XD is comparatively a lower-trafficked channel than the main Disney channel, and certainly when compared to CBS or NBC, these numbers are even more impressive than they first seem. While 300k+ viewers is definitely a strong showing, it’s an even stronger showing considering where it aired. Likewise, the Monday timeslot is a much different timeslot than Saturday mornings. By Friday, the show seemed to have a dramatic drop from Thursday’s 279k to 179k – this is largely, again, due to the timeslot, as most people in the age group and demographic for Yo-kai Watch are likely taking part in family functions or in other youth activities. Because of this, the Friday number is not a solid one to compare to the others.

All said, these ratings are very strong, especially for a show that is only just now having a large promotional push as the game readies for release and Hasbro prepares to flood merchandise into the North American market. Great job, and congratulations to Level-5, Nintendo, and Disney XD!