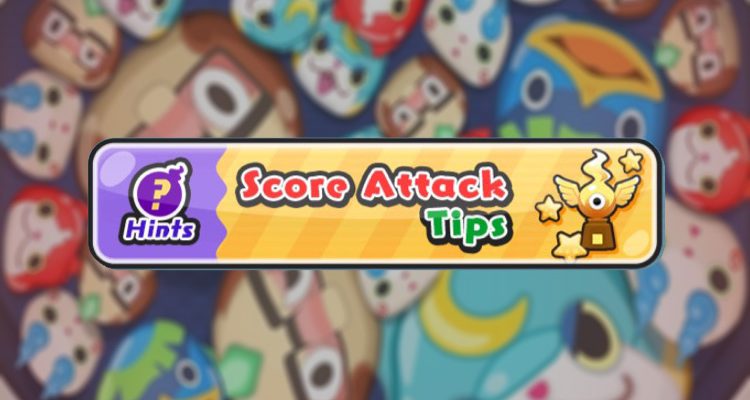 The new YO-KAI WATCH: Wibble Wobble update added a new type of Score Attack last week. In this new Score Attack, you defeat two rows of enemy Yo-kai followed by a powerful Yo-kai with infinite health that you must use to your advantage to get a high score. It is much different than the barrage of enemies in the first Score Attack. It is a very interesting spin, and the prizes for being in the top ranks is getting the week’s featured Yo-kai alongside a few lucky Crankakai coins depending on the situation.

It is much more rewarding to play Score Attack than ever before. After practicing and finding techniques that work with this Score Attack, I will be here to give you some tips on how you can master it! So sit back and get ready to learn! 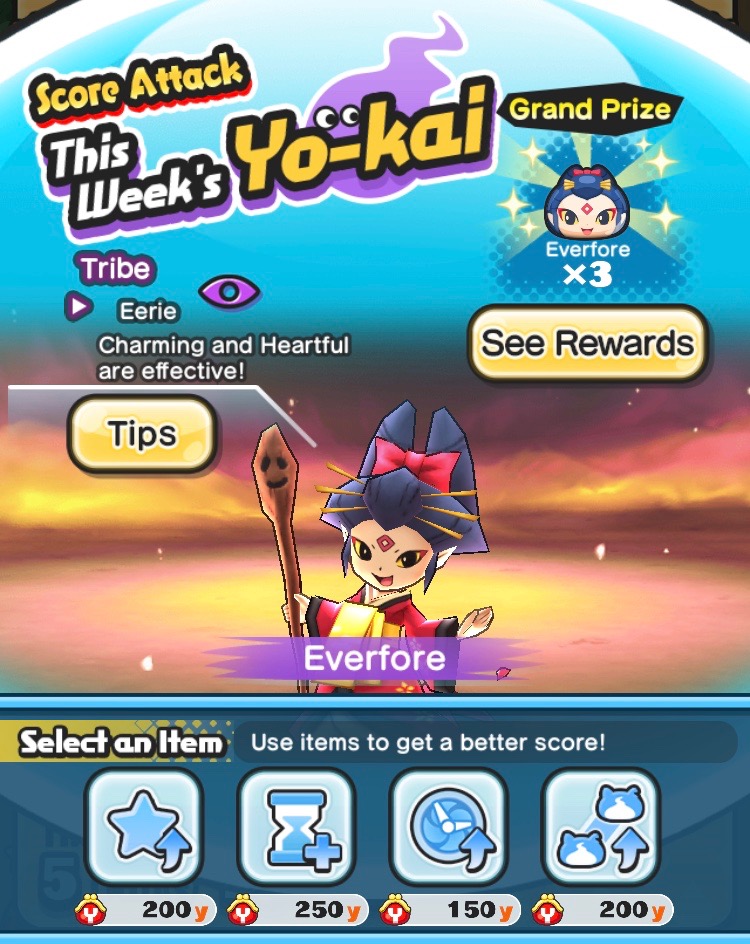 Let’s look at this week’s Yo-kai, Everfore. The first step of preparing Score Attack is to check the tribe weaknesses provided in the Score Attack menu. The first obvious step is to get Yo-kai that have advantage against the Eerie typed Yo-kai. The info says that the Heartful and Charming Yo-kai are effective against this Yo-kai. 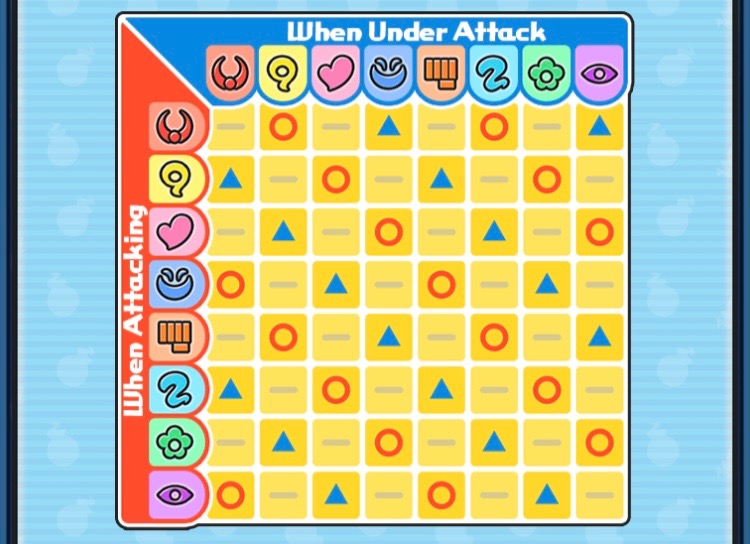 1. Pay attention to the Yo-kai weakness chart! You cannot simply use your powerful Brave tribe Yo-kai and be reckless. As shown above, Brave tribe Yo-kai (and Tough tribe Yo-kai) are not very effective against Eerie Yo-kai. If you don’t have many powerful Charming Yo-kai on your team, the next best thing to do is use a powerful Yo-kai with a tribe that is neutrally effective against Eerie such as Slippery, Mysterious, Shady, and Eerie.

For another example (to get off from Everfore for a while), if you are against a powerful Mysterious Tribe Yo-kai, it would be effective to use Brave and Tough Tribe Yo-kai and NOT Charming and Heartful Yo-kai. If you don’t have many powerful Brave/Tough Yo-kai, it would be wise to use neutrally effective tribe Yo-kai like Mysterious, Shady, Slippery, and Eerie. This is all based on the weakness chart provided in the game, so read it before you plan your offense Yo-kai.

How many offensive Yo-kai you want on your team depends on you. I would have around 3-4 offensive-based Yo-kai and save the last spot for a type of Yo-kai I will discuss below.

2. Use Yo-kai that help your Wib Wobs grow immensely!

There is a second tip provided in the game that says “Make your Wib Wob as big as possible!”, pay attention to that as well. When you make giant Wib Wobs and pop them, you can get timer ball that increases the time by one second. Even if it is just one second, it is still very useful. It is essential to save as much time as possible.

You need to be mentally prepared to connect and pop big Wib Wobs as fast as possible, and timer balls save seconds to allow you to increase your high score more. Do note, there is a slight second delay when the timer ball spawns (this applies to growing large Wib Wobs that you connected), so prioritize on connecting other Wib Wobs very briefly and come back to the timer ball when you have the open time. 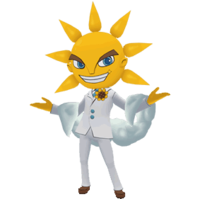 So what Yo-kai can I use increase my Wib Wob size quickly? I highly recommend using Ray O’ Light, as his Soultimate can increase Wib Wob size FAST. He can be found in Hidden Stage 3 (Which you can unlock by popping 100 Wib Wobs or less on Stage 51 in Blossom Heights). When you get Ray O’Light, level up his Soultimate on the very same Hidden Stage by befriending more Ray O’ Lights with “Sweet Things” food and/or use Yo-kai with befriending abilities like Shmoopie. There are three Ray O’ Lights on the stage, so befriending should be relatively easy.

This is probably common sense by now, but use ALL of the upgrades when you are aiming to get the best score and when you are at best in focus skills. 10% increase in overall high score, extra time, more timer balls, and easier time to connect are all VERY USEFUL. If you just want to test how your team works out, do not spend the money on the upgrades and save yourself Y-Money.

Both of these set-ups are going to based on this week’s Eerie Yo-kai Everfore. So don’t confuse this with next week’s Yo-kai, which could be of a different tribe.

Have one Ray O’ Light on the team while the other Yo-kai are all offense based. In my opinion, it is the most effective method especially when it comes to fever time to deal the most damage. To be clear, the only reason I am using Venoct and Shadow Venoct is because I do not have any other powerful Charming/Heartful Yo-kai available in my team right now (And both of them are neutrally effective against Everfore). I also did not have Libertynyan in my team despite being Heartful solely because he meshes too much with Jibanyan S to give me my proper connecting skills. But if you have other powerful, offensive Charming/Heartful in your team that have less meshing, use those instead.

Same team as the other team set-up except replacing one offensive Yo-kai with an arranging Yo-kai like Damona. Use this team if you want to make arranging Ray O’ Lights easier. Damona luckily has the pleasure of being in the Charming tribe as well to make the score better in the case for Everfore.

That’s all of the tips I can offer. Do you have other ideas or team set-ups you’d like to share? I would love to know in the comments below! Good luck to those who want to get Everfore!