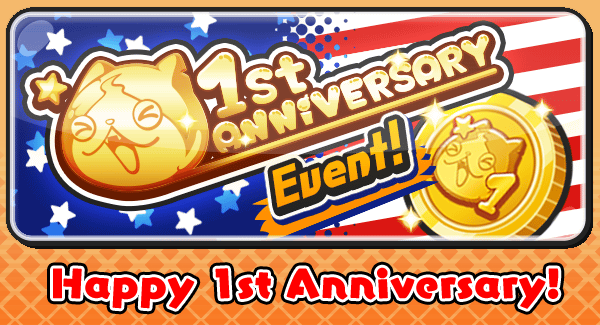 March 21 marks the first birthday of Yo-kai Watch Wibble Wobble. For its anniversary, there are multiple new features being added to the game.  First off, there have been some additions to the Crank-a-kai.  They’ve brought back some event exclusive yo-kai such as all of the Fruitnyans and Mimikin A and D.  Secondly, you can obtain special anniversary coins just by logging in.  These coins have the same contents as the crank with the Fruitnyans and Mimikins. However, there has been new yo-kai added just to the crank during this event.  Its Blazion awoken.

He is a Brave SS rank, and he is one of the best attack boosters in the game.  Also, as an extra bonus, starting on March 27, not only are Kyubi awoken, the S rank befriend a boss yokai, Orcanos and Gargaros are all returning to the crank temporarily. There is also a double chance for S rank yokai.

Sam is a video game fanatic from New York. He started playing Yokai Watch when it first came out in the US. Some of his other favorites are Zelda, Pokemon, Overwatch and Shovel knight.