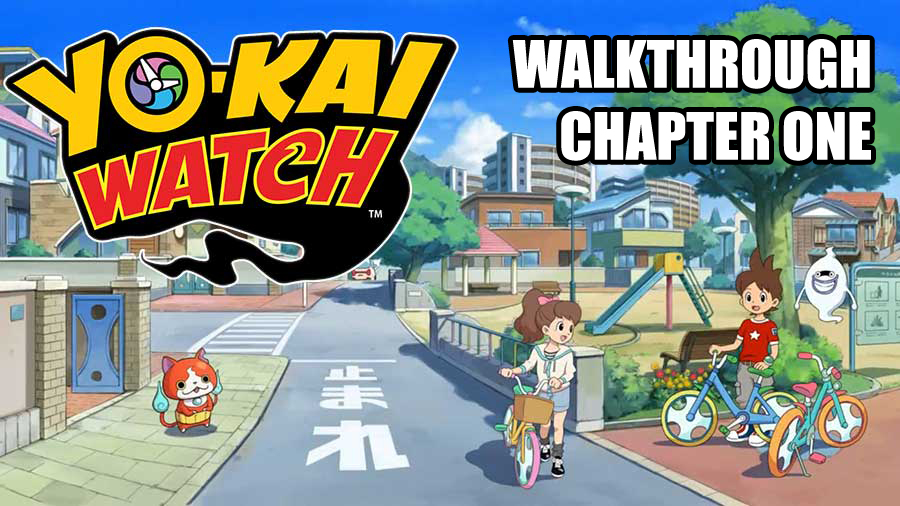 Yo-kai Watch has released! To help out all the newcomers to the series, we’ve decided to put together a series of walkthroughs, guiding you through the awesome experience that is Yo-kai Watch! 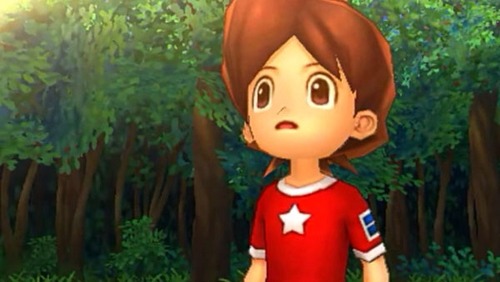 When the first chapter is completed, you will open up a few skills for Nathan and Katie (referred to throughout this guide as the Player), including:

As the game starts up, you can choose one of two genders (boy or girl) and name your character. You’ll start off with your friends in a playground, showing off your bug collection. In your room, grab the bug collecting net. Go down to the first floor, and speak with your mom. Head to Triangle Park to the north, and approach the trees. You need to catch three Green Cicada bugs using the lens function. You’ll remark that you need to find a rare bug, so move up to the school in the North and speak to the man there. Then, head into the woods, past the gates, and catch the Gold Cicada there. You’ll happen across a tree, which will trigger a cut-scene, resulting in Whisper being freed. Whisper will explain the Yo-kai Radar, Watch, and Lens. Search a nearby tree, and you’ll find a Buhu. Talk to the Yo-Kai.

Buhu will complain about being woken up, and will engage you in a battle. Here, you’ll find out the Cicada you captured is actually a Yo-Kai named Cadin. Fight Buhu, and he’ll become your friend too.

And that wraps up the first chapter! A relatively simple one, which makes sense, as it’s more a tutorial than anything else. For more walkthroughs, make sure to check out the Yo-kai Watch Wiki, and check here for part two!

No Comments on "Yo-kai Watch Walkthroughs, Chapter One – Welcome to the World of Yo-kai"