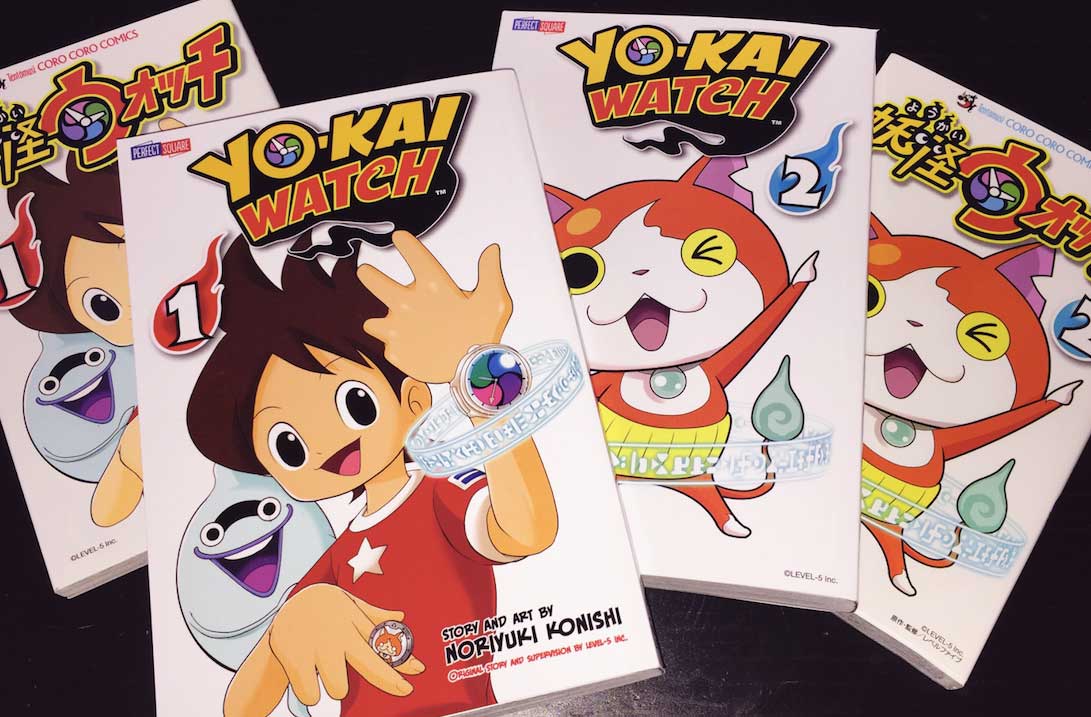 Yo-kai Watch the manga (comic books) written and illustrated for Level-5 Inc by Noriyuki Konishi released this autumn in English along with the Yo-kai Watch anime via Disney XD and the Yo-kai Watch game for Nintendo 3DS. The first two volumes are out now with third book set to release in early January 2016. With all of this great Yo-kai Watch media releasing all at one time it can be both exciting and perhaps even just a tiny bit overwhelming. Many fans are wondering if the story is the same across the anime, manga, and game?

While the Yo-kai Watch anime and video game play out at a slower paced, pleasantly unfolding tale of adventure and friendship (and puns!), the manga may please fans who crave action with a much quicker, even sometimes frenetic pace. The manga follows Nate as he finds himself in unbelievable, and hilarious, situations and quickly begins befriending our favorite mischievous Yo-kai!

It may take a couple of pages to key into this new pace and storytelling style, but Mr. Konishi’s jokes are just as hilarious in the new localized English version as they were in his original Japanese version. The basic storyline is similar to both the anime and game, but with an extra heavy helping of that action packed, amped up slapstick style humor. Mr. Konishi’s art style is versatile and wonderful to look at, he was able to capture all of the spontaneous physical humor and jokes perfectly while maintaining great looking artwork throughout the books. The line work and halftones used to convey all the action and gags are just perfect and pair well with the flow of the story.

Fans may notice that some of the personalities and even the Yo-kai Watch design are slightly different here in the manga and there’s is some fourth wall busting as Whisper explains why (no spoilers!). Because the canon between the anime, manga, and game are all slightly different it’s a fresh chance to enjoy your favorite characters all over again in a new way!