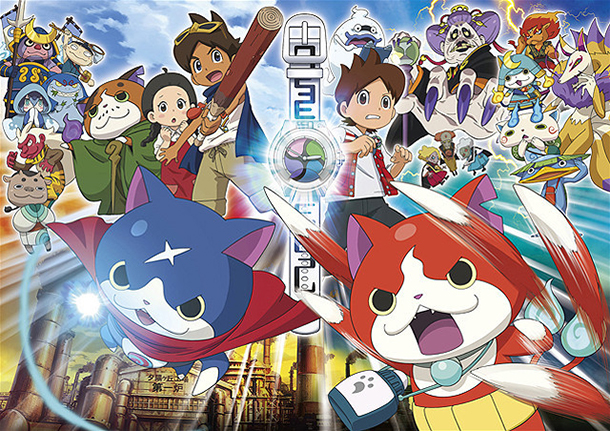 As our readers know, Yo-kai Watch is a series of games for children developed by Level-5 which deals with traditional Japanese ghosts and currently only available in that region. Apart from the success of the original and the sequels, the film based on the game is breaking records.

According to reports from the production company Tohou Co.Ltd., the presales for the movie reached the ASTONISHING amount of 840.000 tickets, a presales record in the almost 80 year old history of the distributor.

Not that bad, huh?

In fact, the same day it came out in theaters presales, rows and rows of parents were devotedly expecting to achieve a ticket for their kids.

And of course, as it happens with every megahit, everything was sold out in the very first hours.

The anime film had the most grossing opening weekend of ANY Japanese movie since the year 2000, with 13.58 million dollars in only two days. With this numbers, the film has beaten Miyazaki’s “Howl’s moving castle” ($13.5 million), “One Piece Film Z” or “Big Hero 6”. This last one was released in 132 theaters more than Yo-kai Watch.

The movie plot mixes the already familiar TV characters with the newest and coolest Yo-kai from Yo-kai Watch 2 sequel games. And last but not less, it explains the origins of the mysteriousness of the Yo-kai watch… Where it comes from? Who was the first owner of the watch?

You will have to see the movie to get all the answers.

We can’t say that this was an unexpected result. First the games, then the TV anime series and finally the very much awaited movie. Simple math.

Apparently, Level-5 is still enjoying unprecedented success with their games for young audiences, so pay attention, because…

A second film has already been announced for the next winter!

No Comments on "Yo-kai Watch The Movie Broke Records at the Box Office in Japan!"