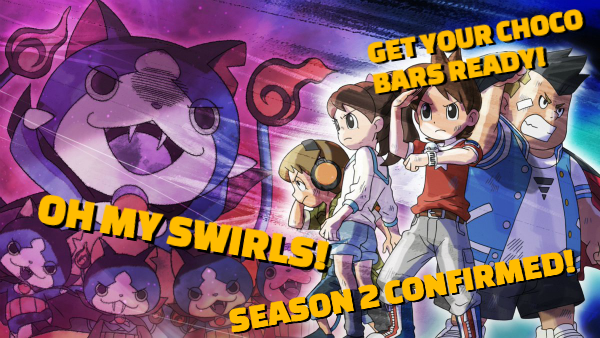 Level-5 Abby has officially announced an air date for Season 2 of YO-KAI WATCH, as the second season will premiere on August 1st 12:30 ET/PT. This season will have 50 episodes, doubling that of Season 1 with over 90+ new yo-kai and new hilarious stuff to watch! It will also introduce the new Model Zero Watch, allowing Nate to see more types of yo-kai such as the classic yo-kai.

To see the new trailer for Season 2, click here.

Let the hype begin!! Let us know what you’re most excited for!