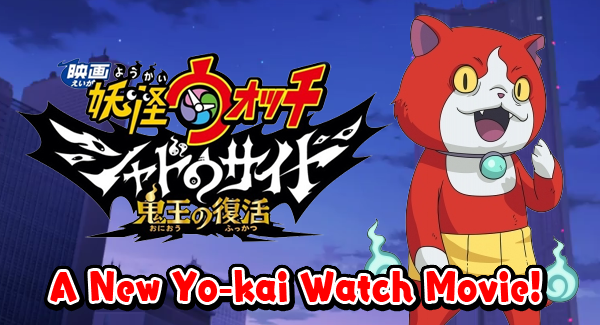 A trailer for the upcoming new Yokai Watch movie 「妖怪ウォッチシャドウサイド鬼王の復活」”Yo-kai Watch Shadow Side: Revival of the Demon King” has been released!

The movie will take place 30 years after the events of Keita Amano’s adventures with Whisper and Jibyanyan and will feature a new cast of human characters; Natsume, Touma, and Akinori. Everyday life in this new decade is interrupted on one fateful day when a yokai virus 「鬼まろ」”Onimaro” (seemingly personified by new characters; Ogu, Togu, and Mogu) comes to earth from outer space.

Who will be chosen to wear the yokai watch and save humanity? 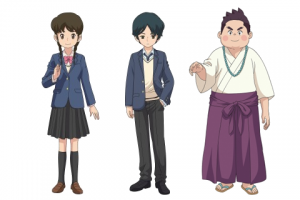 We’ll see yokai in a new way, each having a “light side” and a “shadow side.”

Alongside the movie a new Treasure Medal design contest is being held in Japan.

No Comments on "Yo-kai Watch Movie Shadow Side: Revival of the Demon King"