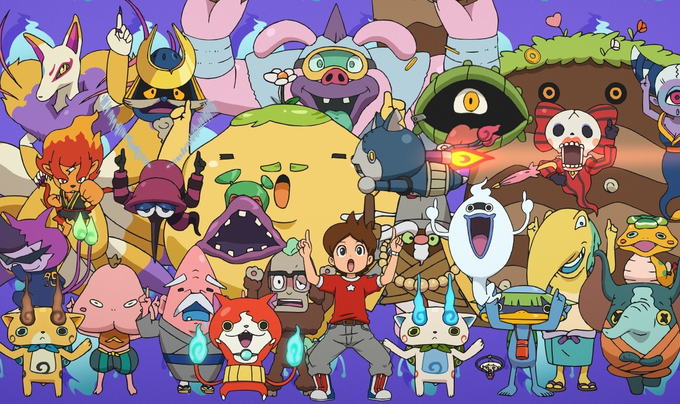 When a game like Yo-Kai Watch travels overseas from another country, like Japan, many of the steps taken to prepare the game for a new audience is called localization. Localization includes not only a translation of the game’s text into other languages, but often times cultural reference changes as well.

Food items that are very common place in one country, for example, may be quite rare in another. Fans of both English and Japanese versions of Yo-Kai (by Level-5 for the Nintendo 3DS) have noticed some of these changes, such as the Japanese snack food takoyaki (a savory octopus flavored dough ball snack with yummy toppings) being translated instead as donut holes in the localized English version. Localization helps new fans to connect personally and culturally with new games and can enhance their enjoyment. Especially with a game like Yo-Kai Watch, which contains many distinctly Japanese cultural references, localization of some of the more minor content such as puns and items really help to make new players feel at home in the game.

The localization and voice talent teams for Yo-Kai Watch did a fantastic job keeping the original charm of the game intact. If you’re also a fan of both the English and Japanese versions you may have noticed how many of the Yo-Kai name puns and voices are perfect counterparts to the original Japanese concepts and choices. With many language based jokes and puns within Yo-Kai Watch, sometimes a line that makes a perfectly hilarious sense in one language can’t be carried over into another language as easily, so a writing team has to come up with all new ideas that can inspire the same giggles, laughs, and guffaws as the original.

Which ever language version of Yo-Kai Watch you’re playing, it’s sure to be an endlessly amusing experience.