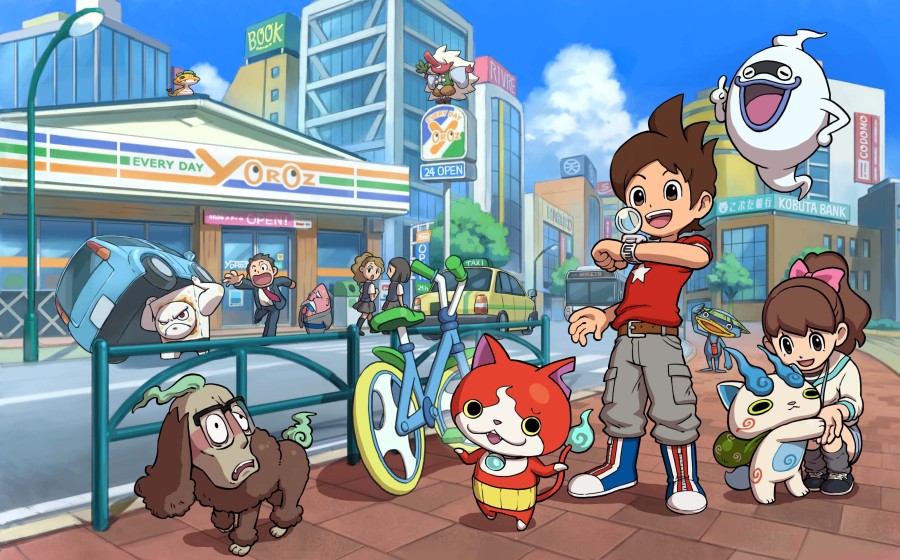 Everyone knows that Yo-Kai Watch will be coming to the West in the 2015 Holiday Window. After becoming a cultural phenomenon and selling millions of copies in Japan, this Nintendo 3DS game is finally coming to the United States along with the rest of the world who has been waiting on the English version . The game is published by Nintendo and centers around a boy with a special watch who can befriend & help the mischievous Yo-kai & even summon them for fighting other Yo-kai later on. Players have to overcome challenges and help a number of characters to solve some problems with help from the Yo-kai. The eccentric Yo-kai themselves resemble anything from mythical creatures to inanimate objects.

After the game was launched in Japan in 2013, it instantly became a best seller & was received positively by critics as well as players. Apart from anime & manga, the game also evoked widespread popularity & demand among children.

Scott Moffitt, the Executive VP for Sales & Marketing at Nintendo US said that users will soon be given an opportunity to experience this unbelievably popular game which has already sold more than seven million copies in Japan. He also added that it didn’t matter whether you were a kid, a parent or a fan, this game is certainly going to charm you.

Apart from the U.S., the game will be launching in Latin America, Korea, New Zealand, Australia and Europe as well. This just shows how much the game is in demand throughout the world and how it appeals to gamers worldwide. Apart from the video games, manga & television shows, Yo-kai Watch has managed to generate more than $ 1 billion in retail merchandise sales in Japan.

Also, you should remember that Yo-kai aren’t ghosts. They aren’t creatures or monsters either. They are just simply, Yo-kai. They aren’t visible to the human eye and are all around us. Irrespective of whether they were born from the souls of deceased humans or everyday objects which have only recently discovered a higher purpose, it’s quite clear that their personalities are quite human like.

Here’s a 14 minute snippet of gameplay from the English version of the game.

No Comments on "Yo-Kai Watch for Nintendo 3Ds Coming Holiday 2015, Are You Ready?"