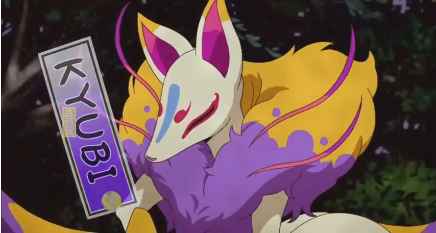 Kyubi has come to the human world to steal the last heart he needs so he can be promoted to a great fox Yo-Kai! Setting his eyes on Katie, Kyubi makes all sorts of attempts to get her to say his name and fall for her. Disguising himself as a human he follows her around uses his powers and charm to win her appeal, only to realize that Katie is a little bit more of a challenge than he expected.

Nate’s mom is expecting a delivery so she asks Nate to stay at home. Hungry, Nate goes for a Donut he remembered was in the kitchen but realizes it was gone and that Jibanyan has eaten it. He vows he’ll be only a second and runs to the store to get another. 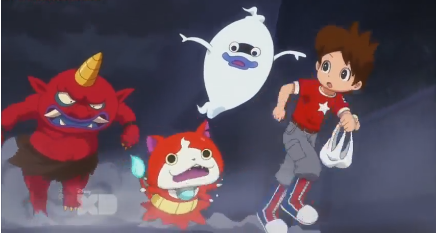 On his way home, the world outside grows dark and a giant, red Oni Yo-Kai called Gargaros appears. He appears when kids leave the house when they are not supposed to. He chases them all around Springdale while Nate tries to get home.

Komasan Moving on Up Part 2 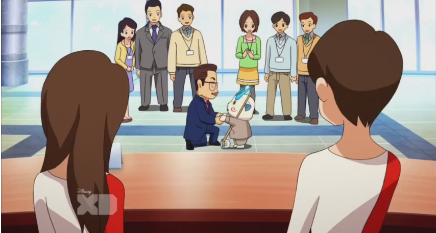 Komasan, now promoted at his new job, is still under the impression he is supposed to clean. Now in a meeting, he makes a new suggestion, as information has been getting leaked. Another employee believes it is Komasan that is leaking the information but Komasan and his knack for cleaning solves all the issues.

Kyubi is mysterious fox Yo-Kai with nine tails. His goal is to win over the hearts of girls he encounters. He is a Mysterious Tribe Yo-Kai.

Gargaros is a large red Oni Yo-Kai that attacks bad kids who leave their house when they are not supposed to.