Whisper gets a new package from Yo-Zon and he claims that it is a Yo-Kai Repellent. With it, Nate can enjoy Spring Break without Yo-Kai. Whisper and Jibanyan shove corks up their noses to become immune to it.

Downstairs Nate’s parents are overly hyped about going to see a Waterfall. It’s even odd for them and Nate says it has to be a Yo-Kai, despite the repellent. He uses his watch and uncovers the Yo-Kai Peppillon. Peppillon inspirits people to be overly happy and excited for even the smallest reasons. Puzzled why the Yo-Kai is there because of the repellent, but accepting of what he does, Nate lets him stay and escort them all on the trip to the waterfall. Peppillon even inspirits Nate, Whisper, and Jibanyan making them all super excited to see it. 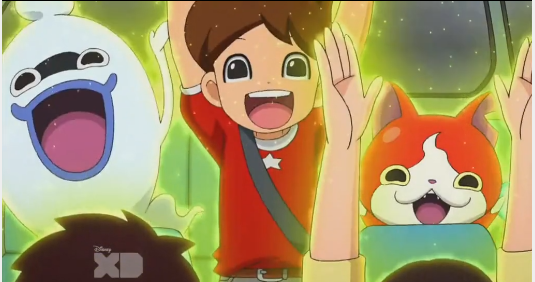 When they get to the waterfall, which isn’t much of anything, they are still excited. Peppillon’s power goes strong until it decides to leave when it starts raining. When he leaves the family realizes they just spent the entire day looking at pretty much nothing. Now at the waterfall site they hide from the rain and Nate wonders if a Yo-Kai is responsible for the heavy rain they had had lately. He looks and finds the Yo-Kai Drizzle, which makes it rain, and tries to defeat him with Robonyan and a Vaccuum. Robonyan ends up punching Drizzle with his rocket punch and Drizzle flees.

After the long day in traffic Nate falls asleep in the car and instantly wakes up at home with his family. He realizes it was another Yo-Kai called Mirapo.. and also figures out that the Yo-Kai repellent doesn’t do much of anything except repel butler and cat Yo-Kai.

KOMASAN IN THE CITY: MY COOL BROTHER 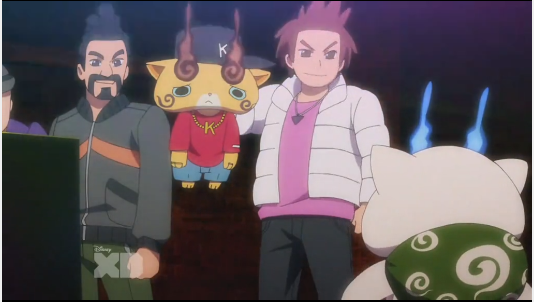 Komasan is so impressed with how cool Komajiro is at the night club, but when Komajiro is asked to present a shirt he designed for a dance off, he blows his cover as a cool city boy and is found to be nothing but a lame country boy like his brother. Scared, Komasan tries to reason with the human men bothering his little brother but accidentally trips on them, taking them out in a series of cool but accidental moves.

Impressed by this, Komajiro realizes he never needed the city and decides to leave it and go back home with his brother. They decide to focus on what is important and Komajiro tosses his phone down into a field. As Komajiro leaves, Komasan runs after the phone and picks it up, noting that it might come in handy one day.

A preview for the new Komasan series; Komasan: Moving on Up is shown. 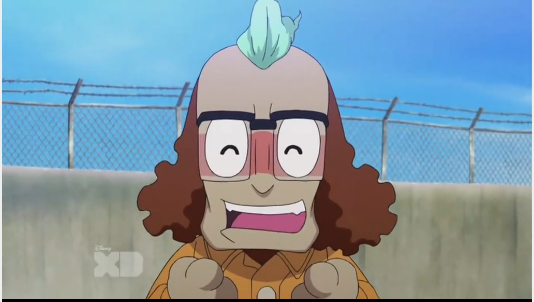 Being grabbed by the big man, Manjimutt is carried off. The man tells Manjimutt that he better listen to him and listen well. That he needs to dig up some flowers in the garden Charlie tends to and break the trust bond between he and Charlie. Manjimutt, being a man, honours this and makes the attempt to pull only one flower from the garden… but his dog instincts take over and he ends up digging up the whole garden. He finds a knife and shows it to the big man who tells him that Charlie is a killer and he is a Federal Agent and that this knife was all they needed to take care of Charlie. Manjimutt will be free soon… and he is happy. Until he sees Charlie.

Peppillon is a butterfly Yo-Kai that’ll make you all pepped and ready to do anything! It is of the heartful tribe.

Drizzle is an Eerie Yo-Kai that causes rain to fall whenever and wherever it goes.

Mirapo is a Mirror Yo-Kai who uses his mirror body to create a portal that’ll send you anywhere you need to go. It is of the Mysterious Tribe.

No Comments on "Yo-Kai Watch Episode 16: Komasan in the City: My Cool Brother, Yo-Kai Peppillon, The Great Dog Escape Part 5"