Komasan in the City: The Magic Floor 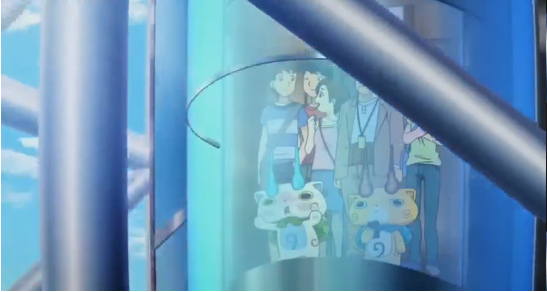 Komasan and Komajiro head to the tallest building in Springdale, the Observation Tower. Komasan is impressed by its height and attributes – but every time he explains how cool it is, his brother comments the reason for it being so cool. Komasan eventually gives in and laments, staring into the sky where he sees a shooting star. He points it out to his brother who is immediately excited about how truly magical that is.

Jibanyan is acting strange but it is no concern to Nate at the moment, as parent meetings are around the corner and he needs to be prepared for that. Going to see his mom on the first floor, Nate finds that his mom is dressed in a gorgeous dress. It’s a bit too over the top for Parent Meetings but every time Nate mentions this his mom changes and returns in something even more over the top. 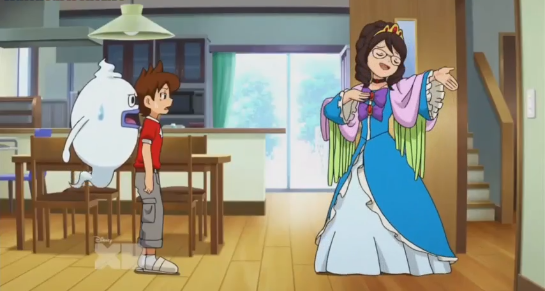 Finding it strange, Nate uses his watch and uncovers the Yo-Kai Dazzabel. Those she inspirits become fashion freaks and wear the most glittery and brightly coloured bits of attire they can. This is too embarrassing for Nate and he HAS to stop Dazzabel and his mom from making it to the school dressed in such attire. Nate figures Hungramps is the best way to stop her but in the end Dazzabel just inspirits him too. 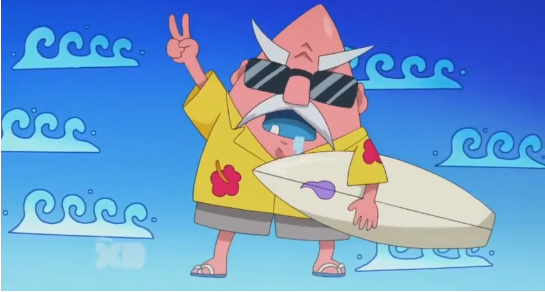 Time is running out so Nate turns to Whisper, who is suddenly dressed in a suit and hat to match…. but he still has enough strength left to explain how to stop Dazzabel and that is by using the Yo-Kai Dimmy. Coincidentally, Dimmy is the reason Jibanyan was acting so strange that previous morning and they decide to call out Jibanyan in hopes Dimmy is still with him.

Dimmy and Jibanyan appear together and Dimmy inspirits Nate, too. Both refuse to fight or move and only want to hide in the shadows. Whisper realizes it is up to him and he pushes Dimmy into Dazzabel, breaking her grasp on Nate’s mom and causing Dimmy to inspirit and ruin Dazzabel’s dazzling shine. Heartbroken she is nothing but a mere sorrowful Shadow, she gives Nate her medal along with Dimmy and leaves. 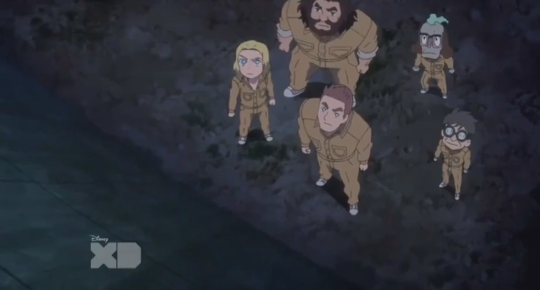 Manjimutt‘s new plan to escape Alcatraz involves getting together the best bunch of people he can. A carpenter to navigate and handle the plan of escape, a programmer to break codes that might line up in their way, a doctor to help in case of an injury, and an acrobat to make sure they get out of Alcatraz without being seen. Using their abilities they make it to the exit, with Manjimutt offering nothing but a howl to the full moon, ruining their efforts and once again realizing he is alone, and will always be alone.

Dimmy is a Yo-Kai that lurks in the shadows. If he inspirits you, you too will become nothing more but a nameless face and fade into the background. Dimmy is a Shady tribe Yo-Kai.

Dazzabel will dress you up in the tackiest or most gaudy apparel you could fathom! She is a Charming Yo-Kai.

No Comments on "Yo-Kai Watch Episode 14: Komasan in the City: The Magic Floor, Yo-kai Dimmy and Dazzabel, The Great Dog Escape Part 2"