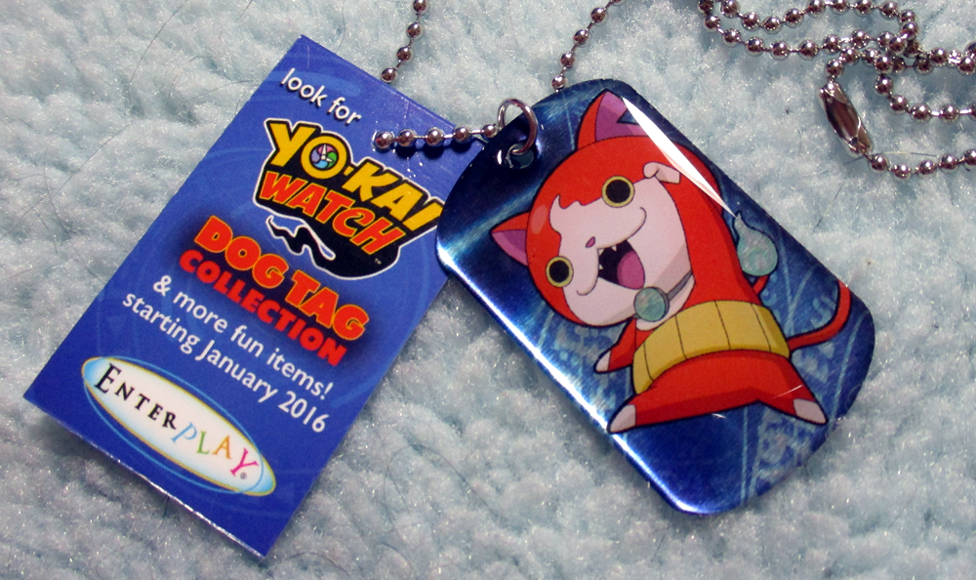 Collecting is one of the best things anyone can do when it comes to games about collecting. Some of the earliest announced items to collect with Yo-Kai Watch has been the Yo-Kai Medals and some series of items by Enterplay. Enterplay is the creator of the toys you see in the checkout line at the store. They have sold fun trading card packs with stickers, mini-figures, collectible cards, and trading cards for years and now they are going to start selling some adorable Yo-Kai Watch “Fun Paks” and “Dog Tags” for people to add to their collections!

Right now Enterplay has announced a Series 1 set of Dog Tags. Each pack will contain stickers, temporary tattoos, and a metal dog tag. There are two types of Dog Tags obtainable in the package. Some will be standard shape while the others might be in the shape of a character. Tattoos and Stickers will be in various shapes and sizes and feature all sorts of assorted characters and objects from the Yo-Kai Watch series.

Enterplay has worked with Nintendo and Hasbro previously and even such companies as Dreamworks and Neopets to produce dog tags, stickers, collectible cards, and more.

They are set to release sometime in January 2016.