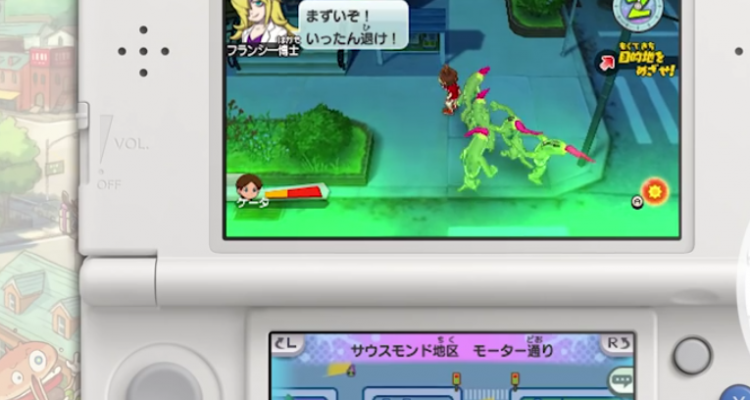 Oh my swirls, this is spooky! It’s time to get more details on Yo-kai Watch 3 Zombie Nights! We’ve finally been given a more in-depth look at this new play mode that will be a feature in Yo-kai Watch 3 Sushi and Tempura; releasing soon, on July 16th (in Japan).

First, let’s take a look at some Zombie Night footage below:

The main goal behind Zombie Night is to escape from and fend off attacking zombies until you can locate and ring the Daybreak’s Bell (or “bell of dawn”) 「夜明けの鐘」. You begin the night with a Hammer you can use to fend off zombies that attack you from behind, but just like during Terror Time (鬼時間) you’ll still be doing a lot of running!

Also during Zombie Night you’ll want to locate additional pockets that add to your backpack and other useful items (some of which will raise your overall backpack level) that will help you fend off attacking zombies and last long enough to escape.

☆ All About Yo-kai Watch 3’s My Nyan Creator!

Keep up to date on many more Yo-kai Watch 3 details by checking out some of these previous articles: CoroCoro July Yo-kai Watch 3 News Update!, Zombies, X-files, and My Nyan Maker, and New Mini Games in Yokai Watch 3.