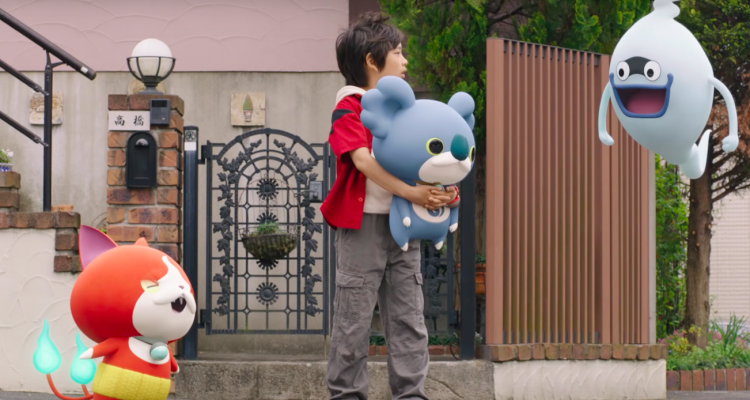 The trailer for the upcoming third Yo-kai Watch movie「空飛ぶクジラとダブル世界の大冒険、だニャン！」(The Flying Whale & The Great Adventure of the Double World, Nyan!) is finally here! The movie, which will be releasing in theaters in Japan this holiday season, beginning on December 17th, 2016 will be the third theatrical release for the Yo-kai Watch series. Fans who buy advance tickets for this movie (sales beginning on July 16th) will receive an exclusive “Real Jibanyan” Dream Medal.

In the tradition of much older movies such as “Bedknobs and Broomsticks”, “Pete’s Dragon”, and “Who Framed Roger Rabbit”… this movie will thrust a new generation of kids into a world where animation -and CGI- meet live action. The techniques for a movie such as this have come a long long way over the years, and the merging of CGI Yo-kai with live actors is honestly breathtaking to see! We only wish the teaser trailer had teased MORE of those scenes for us!

The talented young actor you see in the trailer is 南出 凌嘉 (Ryouka Minamide) who will star as Keita Amano along side many of our favorite yo-kai, including the brand new character, Koalanyan!