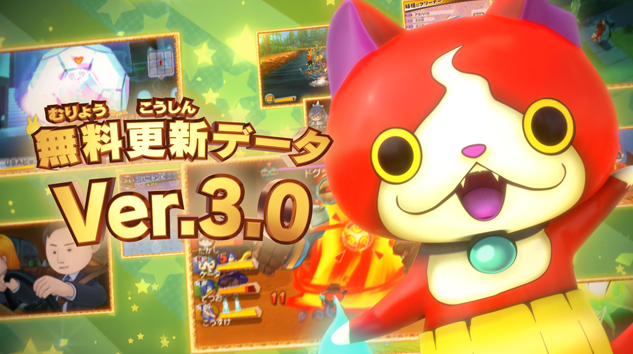 The April issue of CoroCoro Comics as well as the official Yo-kai Watch 3 site are now showing fans a sneak peek of some of the new yokai and content coming up soon in the spring update for Yo-kai Watch 3 Sushi, Tempura, and Sukiyaki!

Our Yo-kai Watch 3 world is expanding yet again, with Nagisaki (San Fantastico) and Kemamoto (Harrisville) finally opening up along with some new quests in those areas! Once all the new story quests are completed you’ll gain some knew, unique companions like Fubuki-chan (a version of Fubiki-hime/Blizzaria with red glasses who the fans of the Yo-kai Watch Busters games will remember)! 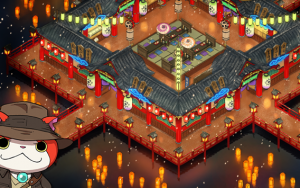 In Busters T play mode, the Nu Continent is getting an awesome new dungeon that looks like a gorgeous, Japanese hot spring resort (Onsen), and some new boss yokai as well! Bushi-Ou and Captain Thunder will be available along with the brand new boss, あなほりモグ蔵 (Anahori Mogu-Zou / Digger Mole). 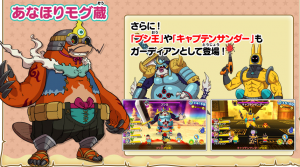 And finally, our new yokai!

Each version also has one new version exclusive yokai: 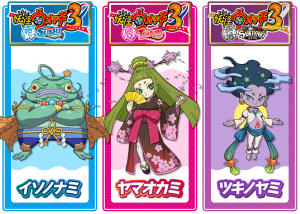 ☆ ヤマオカミ (Yamaokami / Mountain Peak Goddess) – a Tempura version exclusive PokaPoka/Heartful tribe yokai. The embodiment of a cherry blossom tree, she protects sacred mountains and will banish anyone who contaminates them.

Other new yokai include: 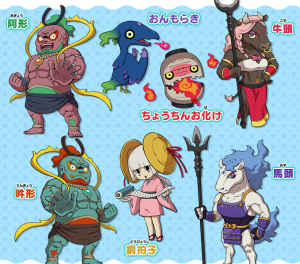