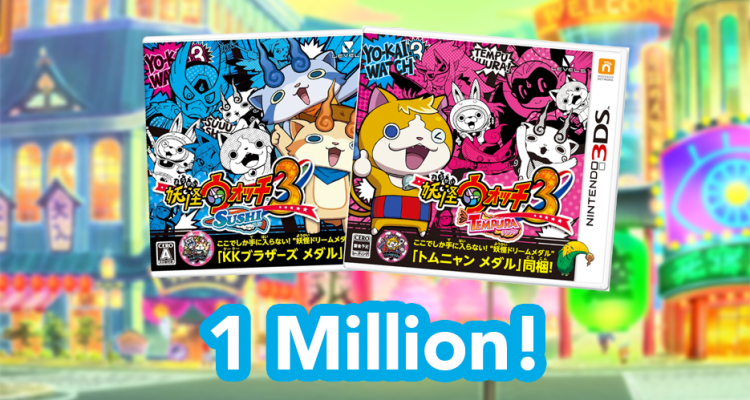 In this week’s Media Create Sales, we finally have good news to share! After a month of its release, YO-KAI WATCH 3: Sushi/Tempura finally reaches the 1 million sales mark in Japan! Even though the sales for YO-KAI WATCH 3 are far less than the other YO-KAI WATCH games in Japan, it’s still VERY impressive how the game continues to sell above 1 million. This definitely indicates YO-KAI WATCH is still a huge franchise in Japan.

I have one more question to ask. How many copies do you think YO-KAI WATCH 3 will sell by the end of the year? Will it sell better than YO-KAI WATCH: Busters in Japanese sales? Let us know in the comments below.