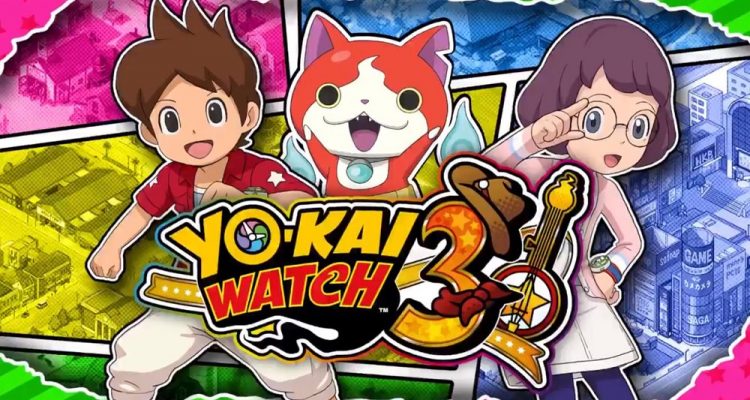 For fans outside of Japan, the wait for YO-KAI WATCH 3 has been near unbearable. Released in Japan in Sushi and Tempura versions in the summer of 2016 and an additional Sukiyaki version in late 2016, the game has been out in Japan for more than three years, and many outside of Japan have been anticipating the release of the biggest and most expensive games in the series.

Well, the wait is finally over!

YO-KAI WATCH 3 is now available for the Nintendo 3DS in Europe and Australia! This new version of the game is a combination of all three versions of the game released in Japan, which includes all of the exclusives like Tomnyan and the Koma Knomads!

In addition, you can also play the new mode Blasters T! This new version of Yo-kai Watch Blasters pits you against fearsome bosses in dungeons in an attempt to get treasure, and with online play, you can play with your friends and others over the internet!

If you live in Europe or Australia, you can now buy the game at stores now (check retailers for availability), or download it from the Nintendo eShop (requires at least 27,000 blocks free on your system). You can also purchase the European version and the Australian version of the game from Play-Asia.com

If you live in North America, you’ll have to wait a little bit longer until YO-KAI WATCH 3 comes out. The game will release in both a physical and digital format on February 8, 2019! You can pre-order the USA Version from Play-Asia.com

Check back here frequently for guides on how to get new Yo-kai, as well as guides and tips for the new modes in YO-KAI WATCH 3!

No Comments on "YO-KAI WATCH 3 – Out now in Europe and Australia!"