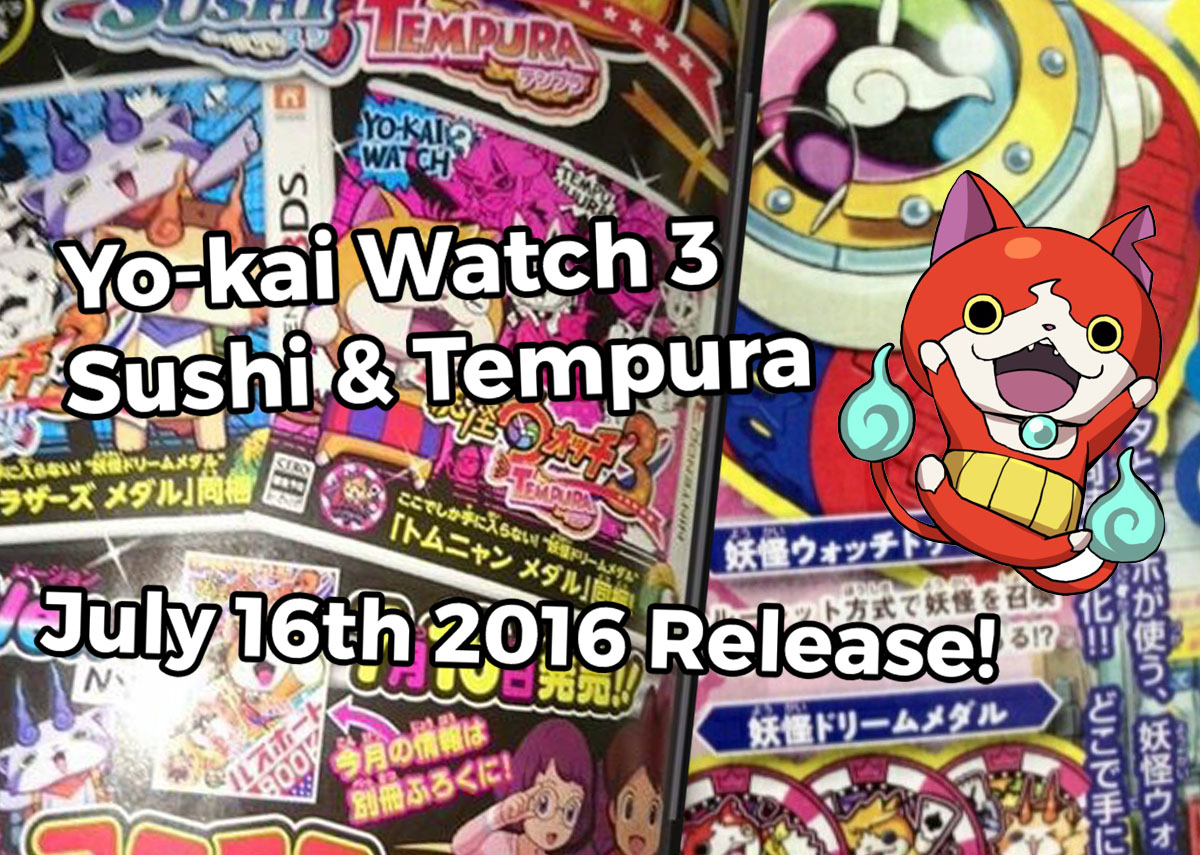 As usual a few blurry images from CoroCoro Comics (the issue that is releasing in one week) has been leaked online and we’re all terribly excited to help announce that the two versions of Yo-kai Watch 3 going on sale in Japan on July 16th 2016 will be called Yo-kai Watch 3 Sushi and Tempura!

The cover of Sushi version reveals the KK Brothers, American versions of Komasan and Komajiro, while the Tempura box shows us Tomnyan, Jibanyan’s American counterpart with an cute hairdo.

Some we already saw months ago, but some of the leaked pages show us more views of:

A new watch, seemingly called DX Yo-kai Watch Dream is also mentioned, as well as casino chip styled medals called Dream Medals… and something called “Dream Roulette”… which may be the name of the gachapon exclusive medals.