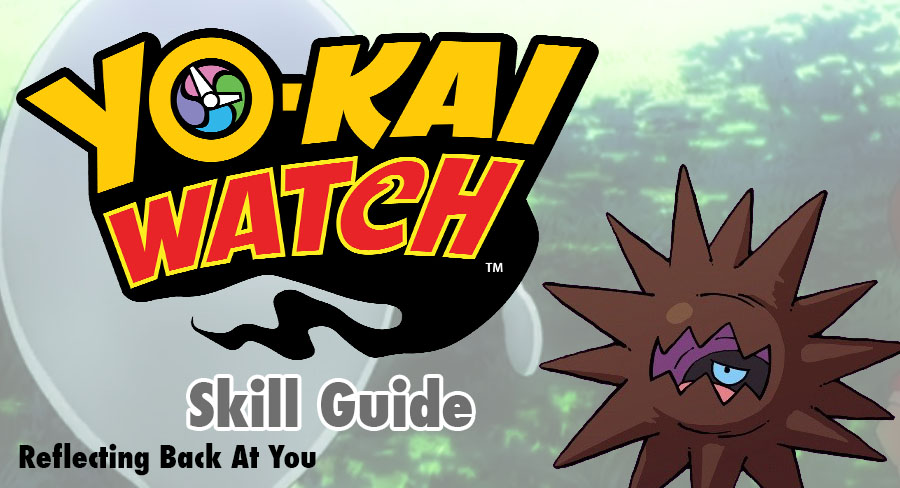 One of my personal favourite type of things to use in games are the kind of abilities, decks, teams and all that make your opponent think out their every move. Residual damage builds up over time and if your opponent isn’t careful with what they are doing, they could knock themselves out. Used alongside the right Inspirts, you could weaken your opponent before they could even unleash a Soultimate Move.

Reflecting is very important. Often times you can take damage and deal some back to an opponent. By doing this, opponents will feel a need to be just a bit more careful with their attacks, especially if they are low on health. There are a lot of different kinds of reflecting skills Yo-Kai have and used properly, they can really make your opponent think again.

Because of their sword-like bodies, when an enemy strikes Cutta-nah-nah, Cutta-nah, or Slacka-slash they will take 10% of their damage dealt back. It wont work though if they are charging a Soultimate move.

When Mirapo or Mircle receive damage from an enemies non-draining technique, they will reflect half the damage back at their opponent. It wont work if the attack knocks them out and it wont work if they are charging a Soultimate move.

Spikes hurt. When an enemy attacks Coughkoff, Thornyan, or Hurchin while they are guarding, their spikes will cause you to deal back 1.5x damage. This wont activate if you are guarding while charging your Soultimate move and you can’t use it against bosses.

To read about other kinds of Yo-Kai and their skills, see these other articles below!
– Reflecting Skills
– Skills for EXP, Items, and Money!

2 Comments on "Yo-Kai Skill Guide: Reflecting Back At You"