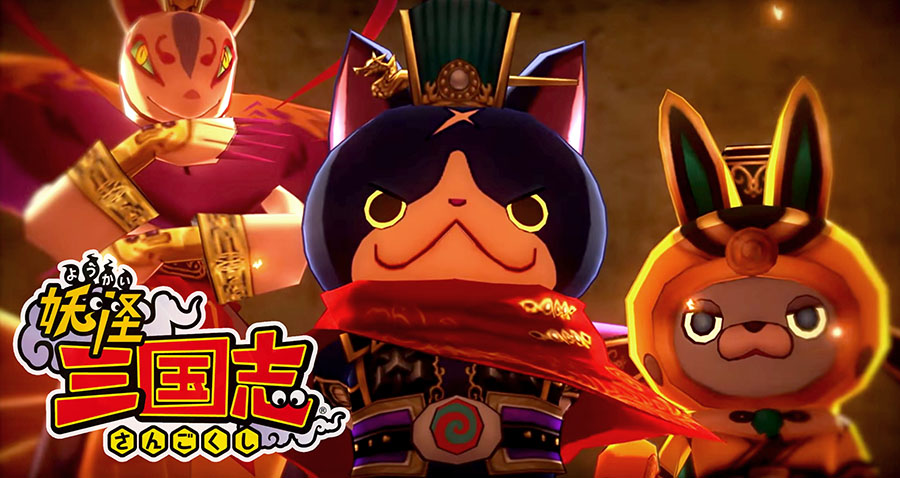 The trailer opens dramatically showing Kyuubi Xun Yu, USApyon Sima Yi, and Fuyunyan Cao Cao on a war boat facing off against Orochi Zhou Yu, Jibanyan Liu Bei, Komasan Sun Ce, and Whisper Kongming. Then we go back to the beginning of the story to see Komasan holding a book marked “Yo-kai Sangokushi” with a variety of stickers plastered all over it warning “DANGER!” but of course Komasan opens it anyway and thus our yo-kai friends are sucked into a new adventure!

Releasing April 2nd, 2016 in Japan for the Nintendo 3DS system!

Today was a big day for all Youkai Watch fans around the world. All the...More

After the fame the game and the tv show, Level-5 is heading towards the big screen...More

No Comments on "Watch the Yo-kai Sangokushi Trailer!"