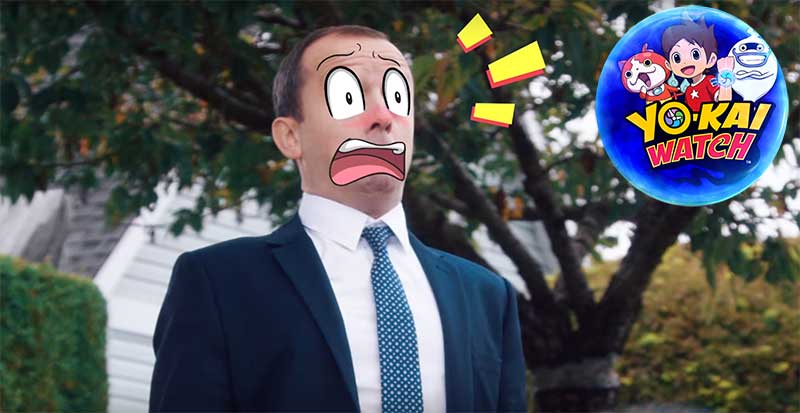 Bad hair day? Forgot to put on your pants before leaving for school? Well, no worries – “Yo-kai is Why”! Nintendo and Level-5 have released a new live-action commercial for the Yo-kai Watch franchise, releasing on the Nintendo 3DS on November 6th in North America, and December 2nd in Europe and Oceania.

Nintendo has framed Yo-kai Watch as another “Pokemon Phenomenon”, pushing the game in merchandise, card sets, medallions, and more. The J-RPG ghost catching game was a huge hit upon release in Japan, and has led to many multimedia projects and followups in that country, including popular Yo-kai Watch toys, plush dolls, and home goods. Nintendo and Level-5 seem to be aiming to replicate that success, and hope to establish the franchise in the English-speaking world as well.