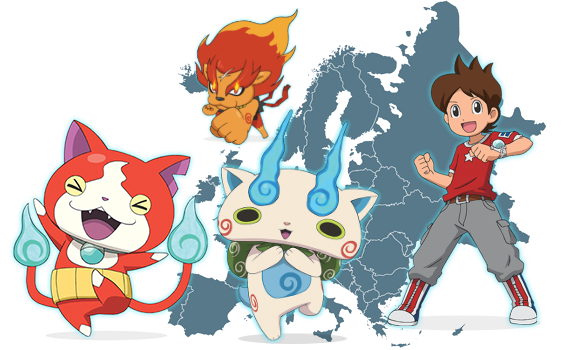 VIZ Media Europe, known for distributing Japanese entertainment throughout Europe, has finally announced that the Yo-kai Watch franchise is coming to more than 100 European territories (Europe and Africa), and the United Kingdom this spring!

All our friends in Europe can expect the first season of the Yo-kai Watch anime to air (so far only confirmed for Germany, on Nickelodeon). The first volumes of the manga series will also be releasing along side, of course, the first Yo-kai Watch video game. Toys and other merchandise to be announced!

We will keep you posted with more updates as more details are known.

Nintendo of Europe has just announced in a press release at Gamescom that YO-KAI WATCH...More

Yokai Watch: What You Need to Know Before It hits America

If you are travelling around Japan you will see many merchandising about Yokai Watch. Maybe...More

No Comments on "VIZ Media PR – YO-KAI WATCH Coming to Europe This Spring 2016!"