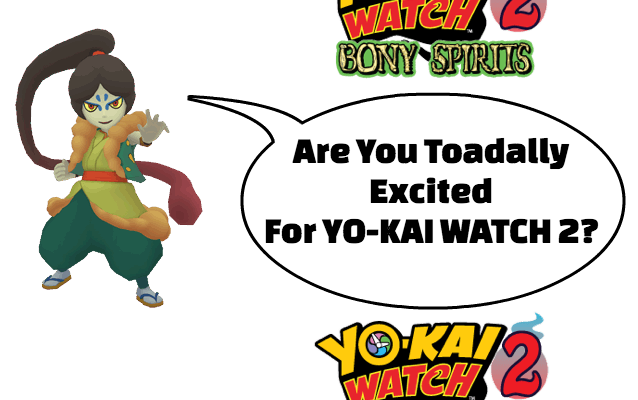 Dudes! We have like toadally new footage and information of YO-KAI WATCH 2 to show you from today’s Nintendo Direct with JC Rodrigo from the Nintendo Treehouse. The main story for YO-KAI WATCH 2 revolves around going to the past to find the origin of the Yo-kai Watch and take part of a war between two rival factions. 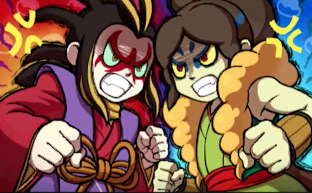 JC explains the new Model Zero Watch and how it affects strategies in battles. If you poke a Yo-kai when its inspirited or loafing during battle, you can earn bonuses such as increased befriending chances and extra damage. And when you fill up all of the Soultimates for Yo-kai on the front, you can unleash the powerful M Skill Soultimate. 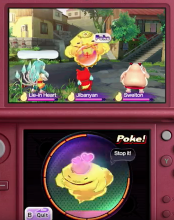 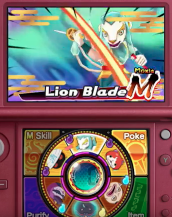 The games have exclusive Yo-kai. Arachnus, who hails from ancient Japan runs the Bony Spirits faction and has spider skills. Toadal Dude runs the Fleshy Souls faction, the essence of a toad who lived for several centuries due its fresh style. You can trade these exclusive Yo-kai through trading. 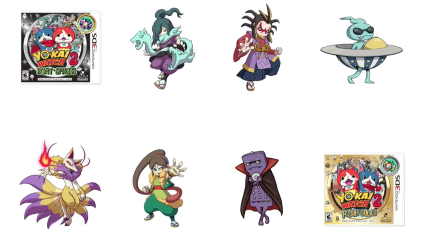 The physical versions of YW2 contain exclusive phsyical medals of Jibanyan that unlocks a powerful Soultimate. The digital versions allow you to befriend Robonyan-F or Sailornyan. An eShop demo for YO-KAI WATCH 2 has also been announced, and will be released mid-September. That is all the info that was shared in the direct for YO-KAI WATCH 2.

To see the press release for YO-KAI WATCH 2 from Nintendo, look below:

Travel to the past to witness the origin of the Yo-kai Watch and put an end to an age-old war between two Yo-kai factions! Discover the Yo-kai Watch Model Zero, which gives players two new tactics that make for more strategic battles. Each version also has many unique Yo-kai. Hailing from ancient Japan, the leader of the Bony Spirits faction is Arachnus, who harbors a spidery secret. As for Fleshy Souls, the leader is Toadal Dude, the essence of a toad who lived for several centuries thanks to his fresh sense of style. The initial production run of the retail versions of the game will come with a physical medal that unlocks a new Soultimate Move for Jibanyan. The digital versions come with the ability to battle and befriend Robonyan F or Sailornyan. The free demo version arrives in Nintendo eShop in mid-September and the full games launch on Sept. 30.

What do you think about today’s news. Have you toad your friends about the YO-KAI WATCH 2 news? For me, it was toadally very unfrogettable and I was so hoppy! I did not think the localization names were mistakes, people are jumping to conclusions! Let’s hop on the hype train for YW2 and grab a croaka-cola!

How To Get Sapphinyan in YW 2 Psychic Specters!

Learn How To Get Sapphinyan in Yo-kai Watch 2 Psychic Specters with this family-friendly Gameplay...More

How To Get Moximous N in Yo-kai Watch 2 Psychic Specters!

Learn How To Get Moximous N in Yo-kai Watch 2 Psychic Specters with this family-friendly...More