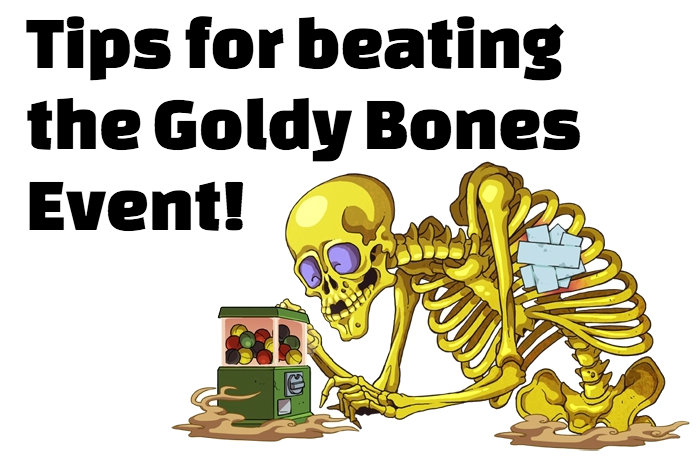 Right now we’re in the event period for the Goldy Bones, which is another special Wibble Wobble event that involves collecting Crankakai coins by traveling through the Mystery Way. This event closes at the end of May 31st, but it is not too late to bail out and give up. Here are my personal tips to taking advantage of the Goldy Bones Event

This is the most obvious, if you haven’t caught up to beating Mckraken in Yo-kai World, you are going to get squashed in the levels of Ultra Mystery Way. Grind your team in levels that they are currently in right now. For example, grind your Lvl. 30 team in a level with Lvl. 30 Yo-kai.

If you are completionist in games, then it is ESSENTIAL that you beat all of the Mystery Way levels with all three stars. There are three hidden stages total in this event, each one harder than the last. You can find these Yo-kai here:

3. Extract the Fusion Items from the Hidden Stage Yo-kai:

The Yo-kai in these hidden stages also give out rare items that can be use to fuse certain Yo-kai. It is recommended that you use Yo-kai with abilities that increase the chance of an item appearing like Cynake to get these items. Here are the items they give out:

4. Grind for Crankakai Coins in the 2nd Goldy Bones Boss:

This is my personal opinion, but I do think it is better to grind for coins on 2nd boss of the event because, quite frankly, the third Goldy Bones is VERY hard to beat. He can beat your entire team in just three hits and he can cost you LOTS of Y-Money to beat this boss.

Unless you pay real money for more Y-Money or grind Y-money to survive longer, the third Goldy Bones is going to be VERY hard to take down without high rank healers and attacks.

I hope you learned these tips, now go out and beat the whole event if you had not done so, there’s only a short amount of time remaining!

2 Comments on "A Few Tips for the Wibble Wobble Goldy Bones Event!"