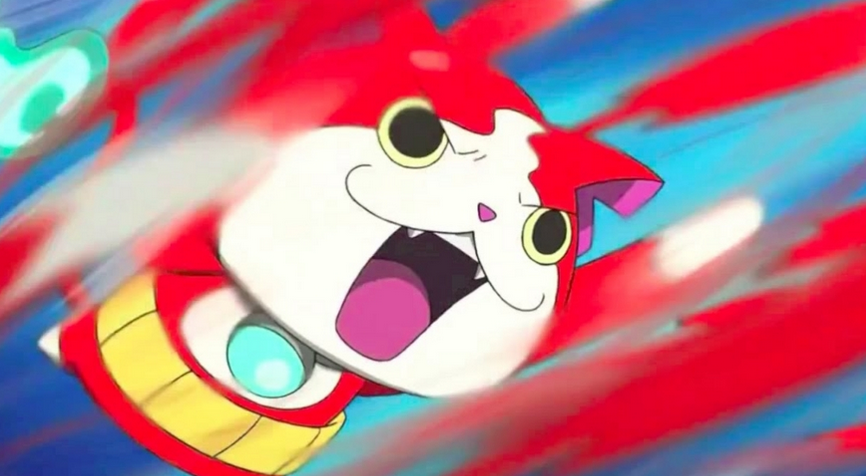 A new player and fan base for Yo-kai Watch is growing rapidly now that the first game is out in English. If you follow the tags there’s lots of buzz every hour on social media sites like reddit, tumblr, and twitter. So we decided to take a look around and gauge the ratings climate surrounding the game and franchise.

Just before the game’s release a couple of weeks ago predictions were a bit split, with both positive and negative predictions being exchanged regularly.

As soon as the game released, however, a majority of negative commenting abruptly stopped and was replaced with overwhelmingly positive reviews. Praise, by most players, for Yo-kai Watch started flooding social media feeds across the board. Exclamations of how adorable or cool the yo-kai look and how interesting the battle system is were frequent, along with a hunger for more knowledge as people really got into playing.

Customer’s who bought Yo-kai watch on Amazon have given the game a 4.7 out of 5 stars rating out of 26 reviews so far.

Kotaku’s Yo-kai Watch review, while avoiding putting number to scale, seem to be just as in love with the game as we are here at Watch of Yokai. They immediately discuss the game’s childlike qualities and charm, while also praising the battle system as “cool” and “inspired.” They did have some valid criticism regarding the detail of the game’s tutorials however, saying that they were not sure what to do during the first major boss battle. They finish up their review by mentioning their favorite yo-kai and dropping in a couple of useful tips.

What was most surprising it that they claimed to be less far along in the game play than other reviewers, and yet seemed much more engrossed and thoughtful in their review, even going so far as to be playing the game while discussing it!

IGN Gave Yo-Kai Watch a score of 7.2 “Good” out of their 10 point scale, but then added the baffling commentary of “Yo-Kai Watch’s combat is lackluster. “ This comment is very puzzling, as Yo-kai Watch has been widely praised by players for it’s fresh and unique battle system. This is supported by IGN’s own community rating it at 9.1 “Amazing,” far above what IGN itself felt it deserved.

Game Spot also gave Yo-kai Watch a 7 out of 10 “good” rating. Their review of the game read more as a clunky walkthrough of the first half hour of game play. Near the end of their review they attempt to point out some weakness that game has; such as not labeling buildings on the main map, that side quests having no benefit (which is not an accurate statement,and you’ll miss a lot if you skip some of those side quests), and how capture of higher level yo-kai is not “guaranteed” … these comments are also puzzling, because most iterations of Pokemon “suffer” these same frustrations in a similar way and yet Game Spot gave Pokemon X/Y an 8 out of 10 review and didn’t comment on these same points at all.

Reviewers liked the game well enough, but the majority of actual players out there are saying Yo-kai Watch hits it straight out of a the ball park! The verdict is in, everyone is loving Yo-kai Watch!