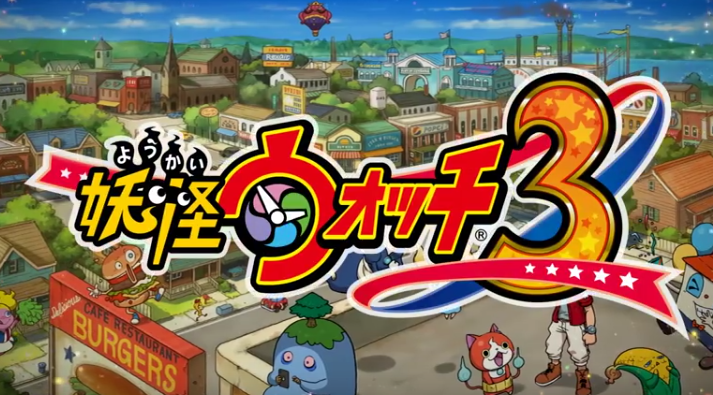 Yo-kai Watch 3 will be releasing this summer in Japan and we, as fans, want to be as prepared as possible!

When the trailer first released, we heard that the plot will unfold “overseas” in America in a town called St. Peanutsberg. There’ll be a whole host of new Japanese and American yo-kai, including USApyon, and a new female protagonist named Inaho. There’s bound to be some new battling functionality with the new watch as well.

Of more recent note, it’s been announced that Yo-kai Watch 3 has already planned three, very big and very free DLC updates during the months following the game’s initial release! This is exciting news! Pre-planned updates like these can keep games fresh and exciting for a longer time frame than we’ve experienced in the past. Even if fans play through the game as fast as possible (admit it, some of us do!), there will still be a lot more content and challanges to look forward later on with these big updates.

Exact details about what each update will contain and how much time will pass between them has not yet been released.

What We Know So Far…

There will be three large updates, currently being called Updates A, B, and C; Which, respectively, will update Yo-kai Watch 3 to Versions 2.0, 3.0, and 4.0 across an unknown time frame after the initial game’s release. All leading to potentially a final reveal or story climax perhaps? We can only speculate on their contents until further details are released. Oh, and did we mention already that these are all FREE content updates? Thank you Level-5!

Yo-kai Watch Busters also had a big content update just recently which fans loved and appreciated! So with Yo-kai Watch 3 we can expect even more of this same excitement and ongoing challenges.