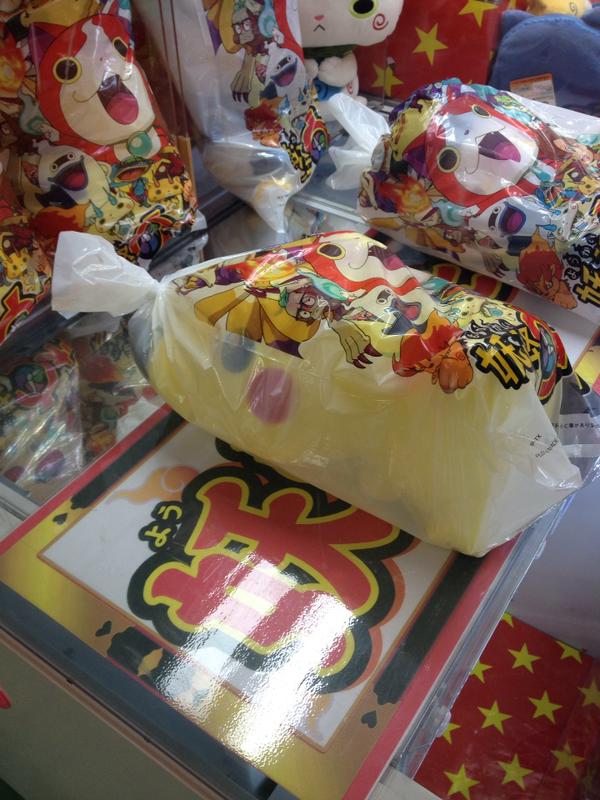 We’ve talked a lot recently about how Youkai Watch has now definitely overtaken Pokémon in the popularity stakes, at least among Japan’s young’uns. With Youkai Watch replacing Pokémon as McDonald’s yearly calendar stars and with Pikachu himself being shunted into the background on anime convention posters in favour of Jibanyan and pals, 2014 really hasn’t been a good year for all things Pikachu. Still, with Pokémon’s legion of worldwide fans and entertainment-world pedigree, you’d be forgiven for thinking that Pikachu would be taking this all on the chin. Instead? He’s exposed himself as a desperate has-been, clinging on to relevancy by whatever devious means he can turn a paw to, and that includes smuggling himself into some unsuspecting kid’s life by disguising himself as a Youkai Watch product! For shame!

Twitter user @kobayan5884 spotted the yellow imposter peeking slyly out from inside a thin plastic Youkai Watch lucky bag, available from what appears to be a UFO catcher machine. 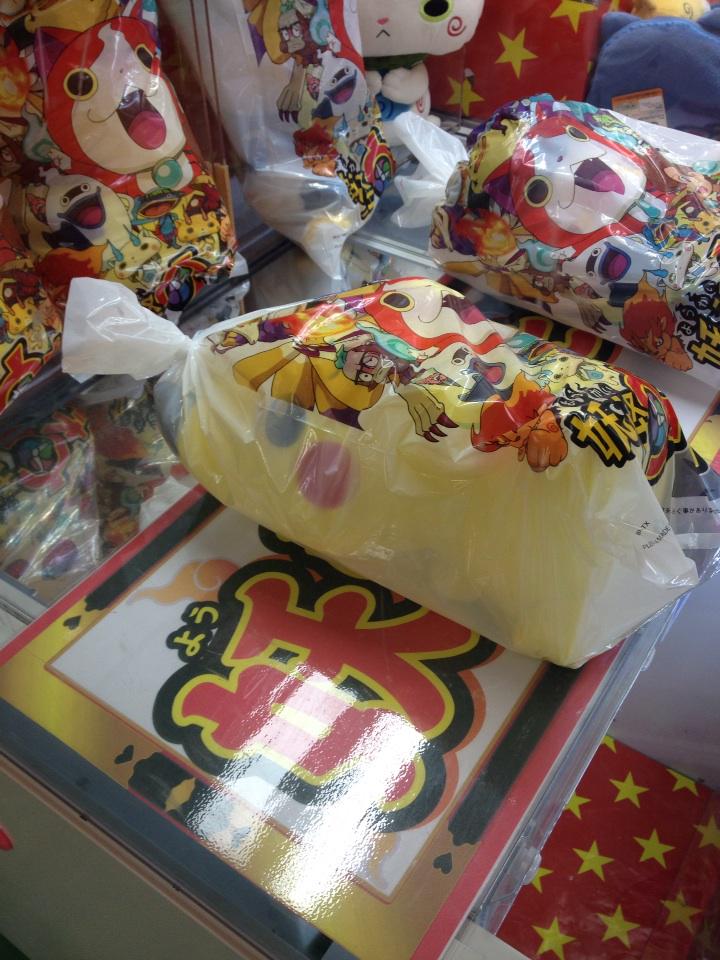 ▲ “I noticed something inside one of these Youkai Watch fukubukuro…”

“What the hell is this? Pikanyan?”

“This must be the work of a Youkai!”

“Maybe someone just put the wrong thing in the bag. Someone who doesn’t know the difference between Pokémon and Youkai Watch…”

“This means nothing, Pokémon has been popular for years and years, come back in 20 years and tell me if you’re still watching Youkai Watch!”

“Poor Pikachu, he’s so afraid of being forgotten!”

“The people who work at that game center should pay attention to what they’re doing! What if some kid winds up with that Pikachu and cries about it?”

While we’re hoping Pikachu finding his way into the Youkai Watch fukubukuro was the result of an innocent mistake by the staff filling the UFO machines, there’s also the possibility that they decided to pad the Youkai Watch stock out with something less popular (i.e. Pikachu.) This would be a pretty cruel way to rip off some kids, so we’re hoping that’s not what happened here. Of course, there’s also another possibility – that Pikachu’s considering a change of franchise! He’d make a very pretty Youkai!