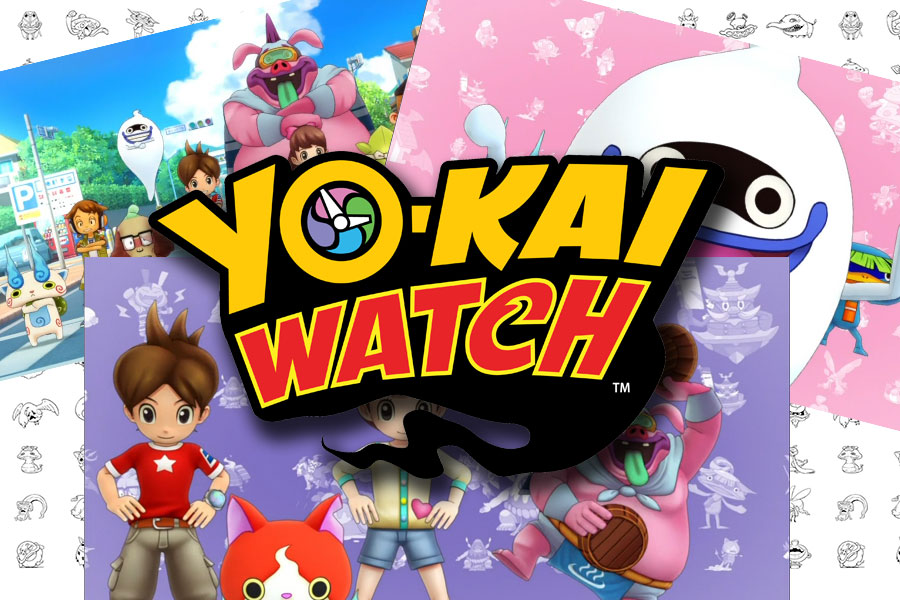 Nintendo Direct recently released a brand new trailer for the blockbuster game Yo-Kai Watch which already has a massive fan following in Japan. It was also confirmed that this game will be making its way to the United States in 2015 during the holiday season. You can check out the latest trailer for the game at the link mentioned below:

The West has a long way to go as far as this game is concerned. Japan has already released three of these games. This game is clearly going to be only the first as far this multimedia barrage is concerned. It’s going to be very interesting, I’m certain. But the big question on everyone’s mind about this game is whether the multi-pronged strategy employed by Level-5 is going to be as triumphant for Yo-kai Watch as it was for Pokémon in the last generation? Only time will tell.

Even though this game has been confirmed for a US release this year, its anime rights are on the market. The international rights for this cross-media brigade have been falling into place slowly and everything seems to be going as planned.

There are heavy hitters involved here as well. The collectibles and toys that originate from Yo-Kai Watch are going to be marketed by a collaboration of Dents Entertainment USA Inc. TV Tokyo Corp. and Hasbro Inc. They are going to be marketing this merchandise in all countries from the Americas to Australia. Just imagine the possibilities when you have an advertising behemoth, a TV giant and a toy manufacturing God working together. The merchandise and toys have already managed to earn more than a billion dollars in Japan.

But do you really know what this game is about? Well, it follows the adventures of a young boy named Keita who is able to see Yo-Kai with the help of his special watch. The game has broken many top 10 sales records on initial release but it wasn’t till anime was introduced into the mix that its popularity had a major spike. The anime has managed to remain the highest rated show among 4-12 year olds across every genre of TV Tokyo. It even has the highest rating among all regular animated network shows.

This creature-collecting phenomenon has already sold more than seven million copies and digital downloads. It has already overtaken Pokémon in terms of weekly viewership & there’s even a movie which has raked in more than 7.6 billion yen. The mixed media approach used here intentional and masterminded by the boss of Level-5 Akihiri Hino.

It’s inevitable that this game will be compared to Pokémon sooner or later. But the overseas appeal & ultimate success for this game are yet to be confirmed. Are parents going to be willing to spend on the latest offering from Nintendo this holiday season? Maybe the anime and the merchandise are what will make Yo-Kai Watch have a lasting impact on the market.