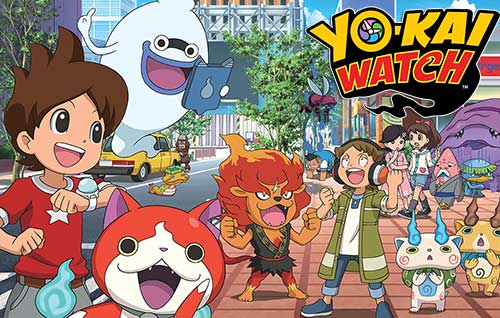 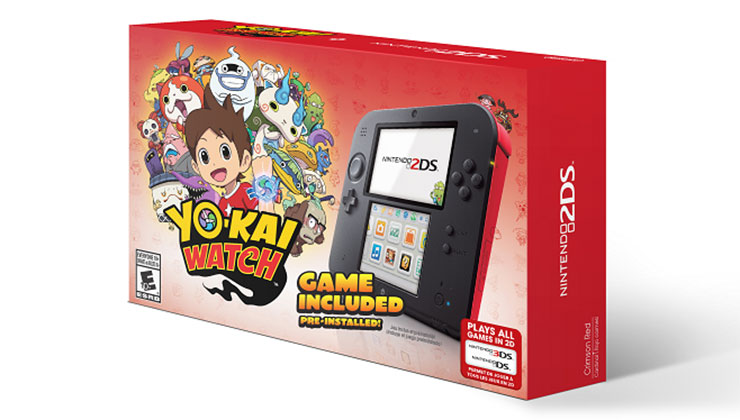 Nintendo and Level-5 have been teaming up recently to promote the game Yo-kai Watch in the West with 3DS demos at cons to the Nintendo Treehouse gameplay videos back in E3. Recently, Nintendo has announced that a new 2DS bundle is coming bundled with a digital version of Yo-kai Watch pre-installed. You can check out Business Wire’s full announcement here to see further details:

REDMOND, Wash.–(BUSINESS WIRE)– Nintendo has created an amazing Nintendo 2DS bundle to celebrate the launch of the YO-KAI WATCH game, which is produced by Japanese gaming company LEVEL-5 and has sold over 8 million in Japan alone. Starting Nov. 6, people can buy a Nintendo 2DS system that comes with a pre-installed version of YO-KAI WATCH, all for a suggested retail price of just $99.99! Nintendo 2DS plays all compatible Nintendo 3DS and Nintendo DS games in 2D. The system is designed to give first-time players an accessible entry point into the exciting world of Nintendo hand-held video games, and YO-KAI WATCH makes for a great pairing.

YO-KAI WATCH features hundreds of sometimes cute, sometimes spooky and usually mischievous Yo-kai that inhabit our world. Players must use their Yo-kai Watch to find Yo-kai, befriend them, and turn them into a team to battle other Yo-kai. More than 200 Yo-kai are hidden all around the world, and each Yo-kai has its own unique skills and characteristics.

The full price for the 2DS bundle $99.99, which is surprisingly affordable and cheap. They likely did this on purpose so that as many people as possible can check out the Yo-kai Watch game.

For a quick recap:

It’s a great marketing move on Nintendo’s part. Here’s to hoping this deal greatly affects the popularity of Yo-kai Watch!