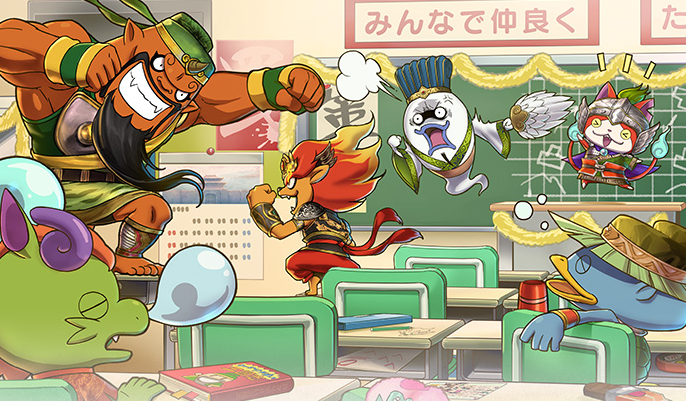 We have some more Yo-kai Sangokushi「妖怪三国志」news for you this morning! A few more details, the release date, and screenshots have been released on the official site.

It was just another peaceful day when something strange happened! Our heroes got sucked into the world of Sangokushi. But it seems they got separated… and so begins a new adventure! The battle system in Yo-kai Sangokushi will be “turn based” (Another recent game with a turn based battle system is Pokemon Super Mystery Dungeon). The game will release in Japan on April 2nd, 2016!

If you have previous games in the Yo-kai Watch series you’ll be able to unlock these five special characters!

If you buy the download version of Yo-kai Sangokushi you can also obtain Buchinyan Zhao Yun!