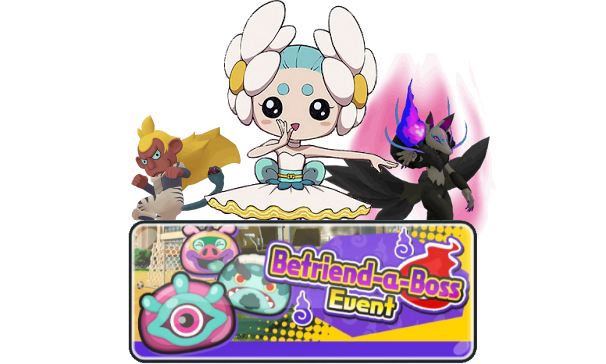 A huge event has just appeared in YO-KAI WATCH Wibble Wobble. New Crankakai Yo-kai and the return of a huge event, it is amazing! The Befriend-A-Boss Event returns alongside some new Yo-kai additions in the Crankakai that will keep you invest in Wibble Wobble for longer periods of time! We will detail and summarize everything about the event here for your convenience!

Like the previous Befriend-A-Boss Event, this gives you the chance to befriend the first three boss Yo-kai in the game: Slimamander, SV Snaggerjag, and Sproink. When you befriend these Yo-kai, you can upgrade their rank by obtaining boss specific S-Parts through the Crankakai during the event period. New event missions that involve popping a certain number of Wib Wobs for Slimamander, SV Snaggerjag, and Sproink have also been added. Some tips and items provided in the game is shown below:

Where you can find these Boss Yo-kai:

Chance on Befriending Based on Score: 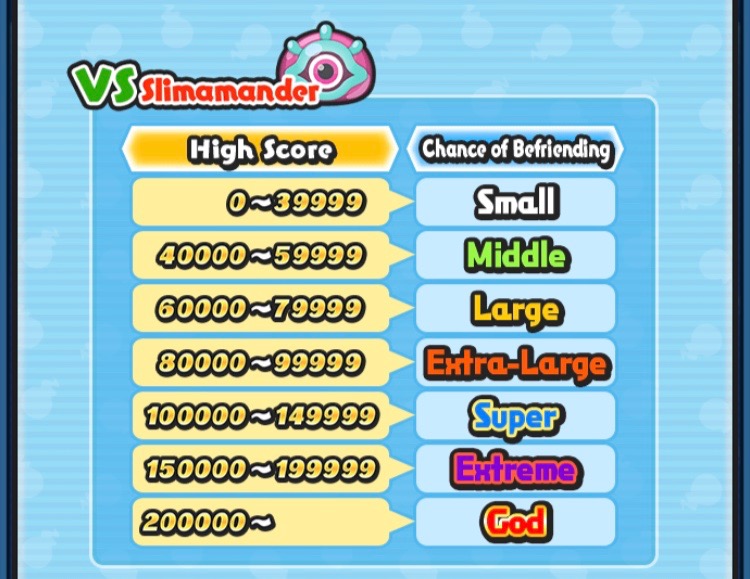 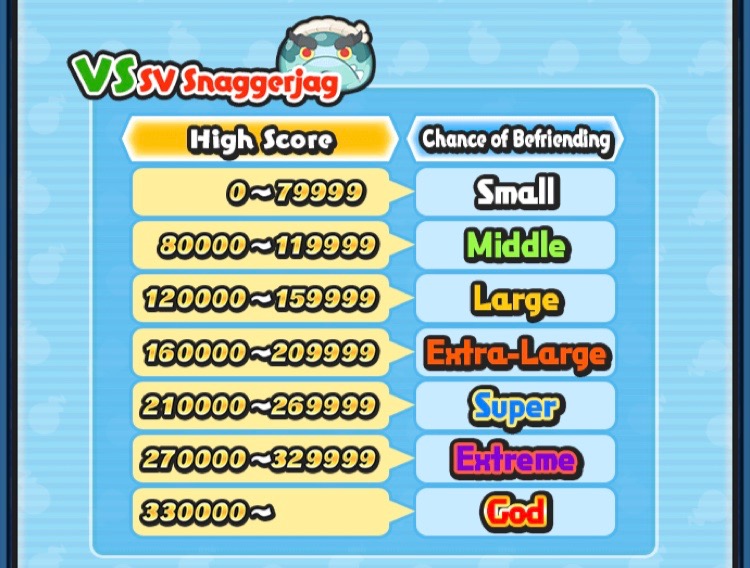 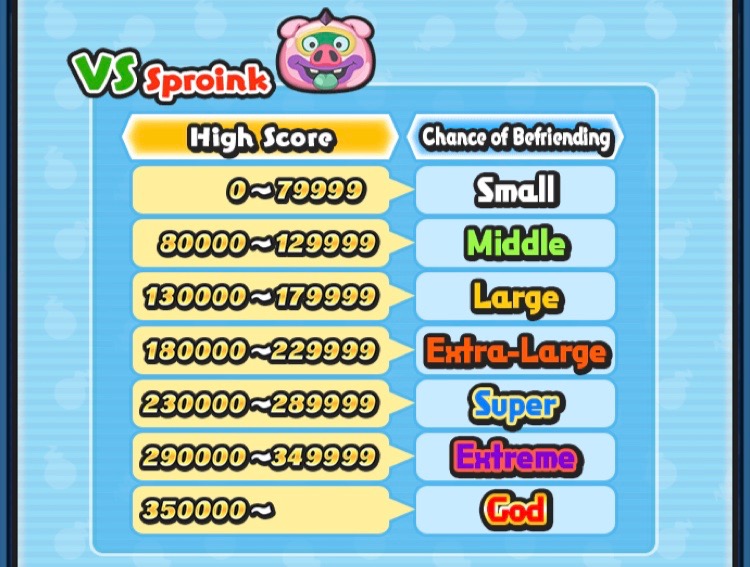 *The chance of befriending with high scores has been slightly altered, so be sure to look at the new chart!

Items You Can Buy in the Exchange Point Shop:

The limited time Crankakai Yo-kai includes the return of the S-Rank Darkyubi. He can be used against bosses during the Befriend-a-Boss event period for 2x damage. So be sure to grind and use the Crankakai when you can.

In addition to the returning Befriend-a-Boss Event and Darkyubi, new Crankakai Yo-kai and a new Legendary Yo-kai have been added to the game. Yo-kai that have been added to Crankakai permanently include Demuncher and Kingmera, who are both S-Ranks. Spoilerina is now available to befriend, but unlocking her Legendary medallium will require obtaining:

That is everything this update offers for now! I hope you enjoyed this summary of the huge update today! Go out there and play Wibble Wobble!  The Befriend-A-Boss event and the limited time Darkyubi will last from 11/16 to 12/4, so befriend and upgrade them while you can. The other new additions in the game are permanent! Let me know what tips and tricks you have to take advantage of this huge event!