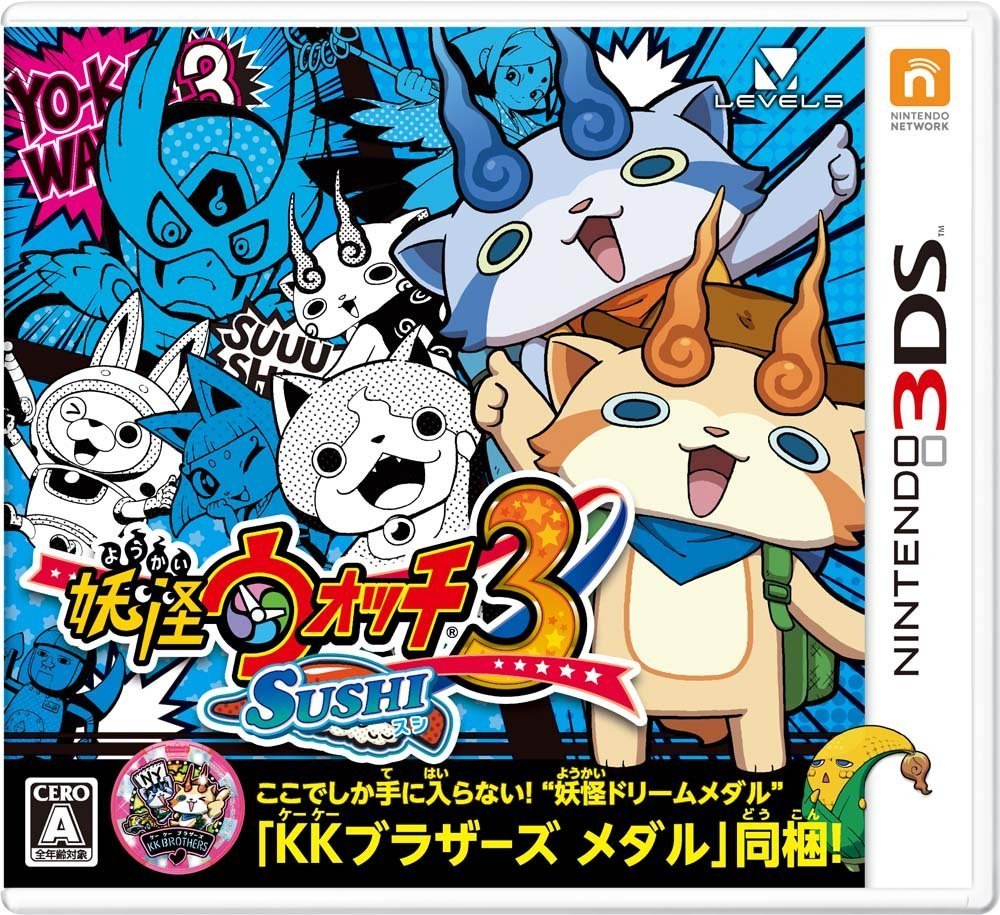 Yo-kai Watch 3 (妖怪ウォッチ３) for the Nintendo 3DS is a JRPG game that was developed by Level-5 and will be released in Japan on July 16th, 2016 (almost exactly two years after the second game’s release). Currently this game is only releasing in Japan.

The game’s main plot will follow Keita Amano as he moves to the United States with his family because of his father’s career. There he will meet all new people and ‘merican yo-kai. He will make a new friend named Mack, and discover new things in the USA… encountering may super hero and zombies along the way.

The game will also take place back in Japan, where a new playable character Inoha teams up with the yo-kai USAPyon to solve mysteries back home in Japan.

Yo-kai Watch 3 will not only introduce the player to an all new watch, the Yo-kai Watch Dream, but also a variety of other gizmos and gadgets.