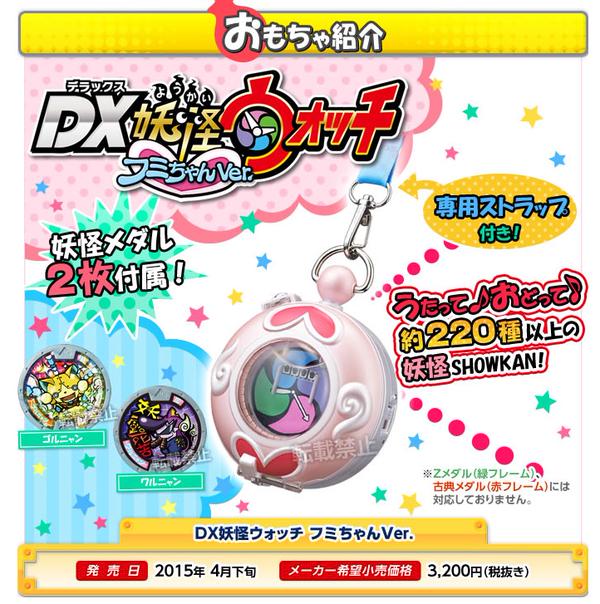 With all the hype of Apple’s latest Apple Watch, which was recently introduced. Bandai has also introduced the release of their new Youkai Watch toy that is worn by Fumika from the hit Japanese game Youkai Watch.

Now Bandai is releasing their new toy watch which is worn around the neck of Fumika Kodima. She is a classmate of Keita Amano and she too can communicate with Youkai with her version of the Youkai Watch.

Just like the DX Youkai Watch toy, you can insert Youkai medals on to the watch.