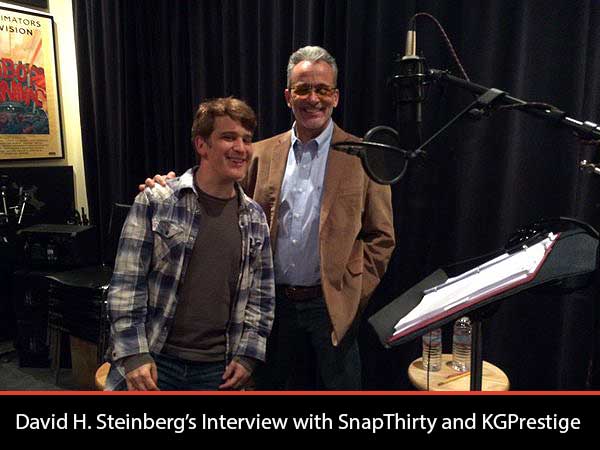 With the debut of the Yo-Kai Watch anime on Disney XD, fans have been proclaiming the English dub as one of the best ones in years. SnapThirty and KGPrestige from Youtube were fortunate enough to get the chance to interview David H. Steinberg, the head scriptwriter for the much-lauded dub. We’ve summarized the highlights of that interview below:

David went into a lot more detail of course, but we felt that these were the absolute highlights of the interviews. You can check out either of them below for more information. Thanks David and team for creating such an amazing dub and assembling such a wonderful localization team!

No Comments on "David H. Steinberg Shares Behind-The-Scene of Yo-Kai Watch Anime in his Interview with SnapThirty and KGPrestige"