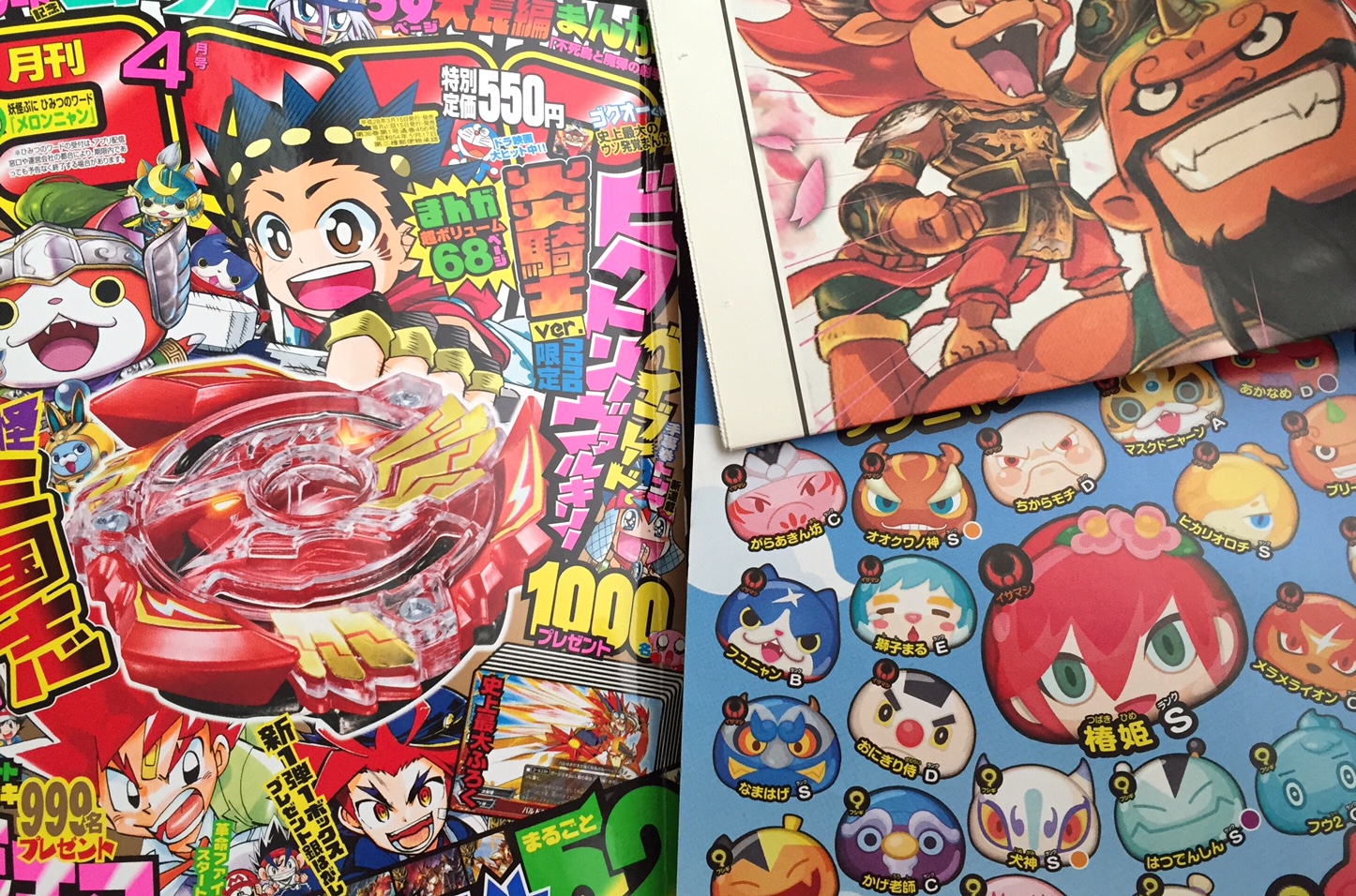 The April issue of CoroCoro Comics monthly featured a decent helping of Yo-kai Watch news this month! While most of the content centered on all of the new and upcoming Yo-kai Sangokushi 3DS game and medals information, there were also a few little hints about potential and new yo-kai that may also appear in the upcoming 3DS game, Yo-kai Watch 3!

Featured most prominently is a seemingly fan-made yo-kai called Android Yamada, a yo-kai of unknown tribe and rank. It’s said this yo-kai was formed when Dr. Yamada was caught up in an explosion while experimenting with android technology. Another fan-made yo-kai, the Usurakage / Shady tribe Darisu (a pun on the words for “lazy/sluggish” and “squirrel”), was also shown. 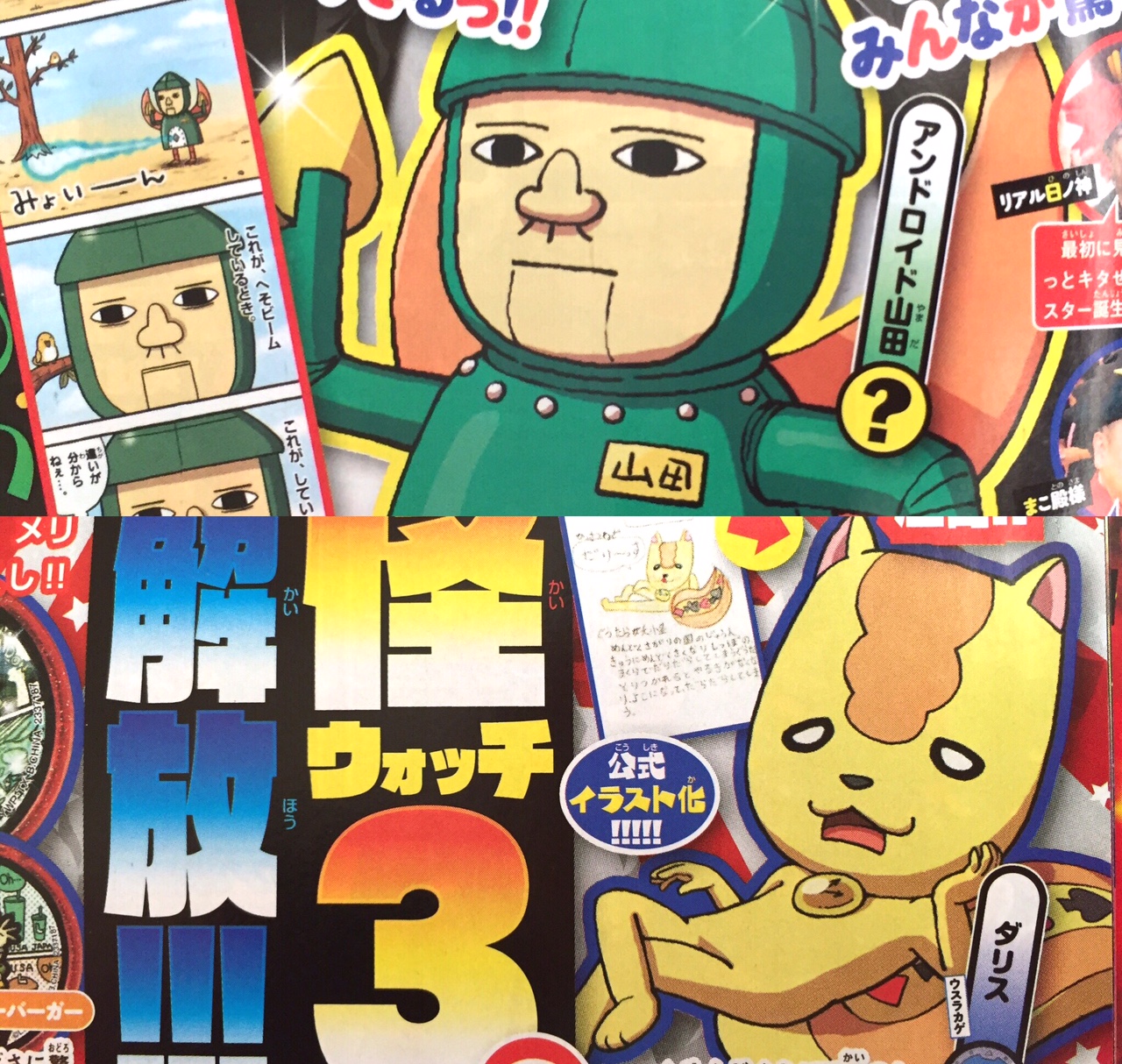 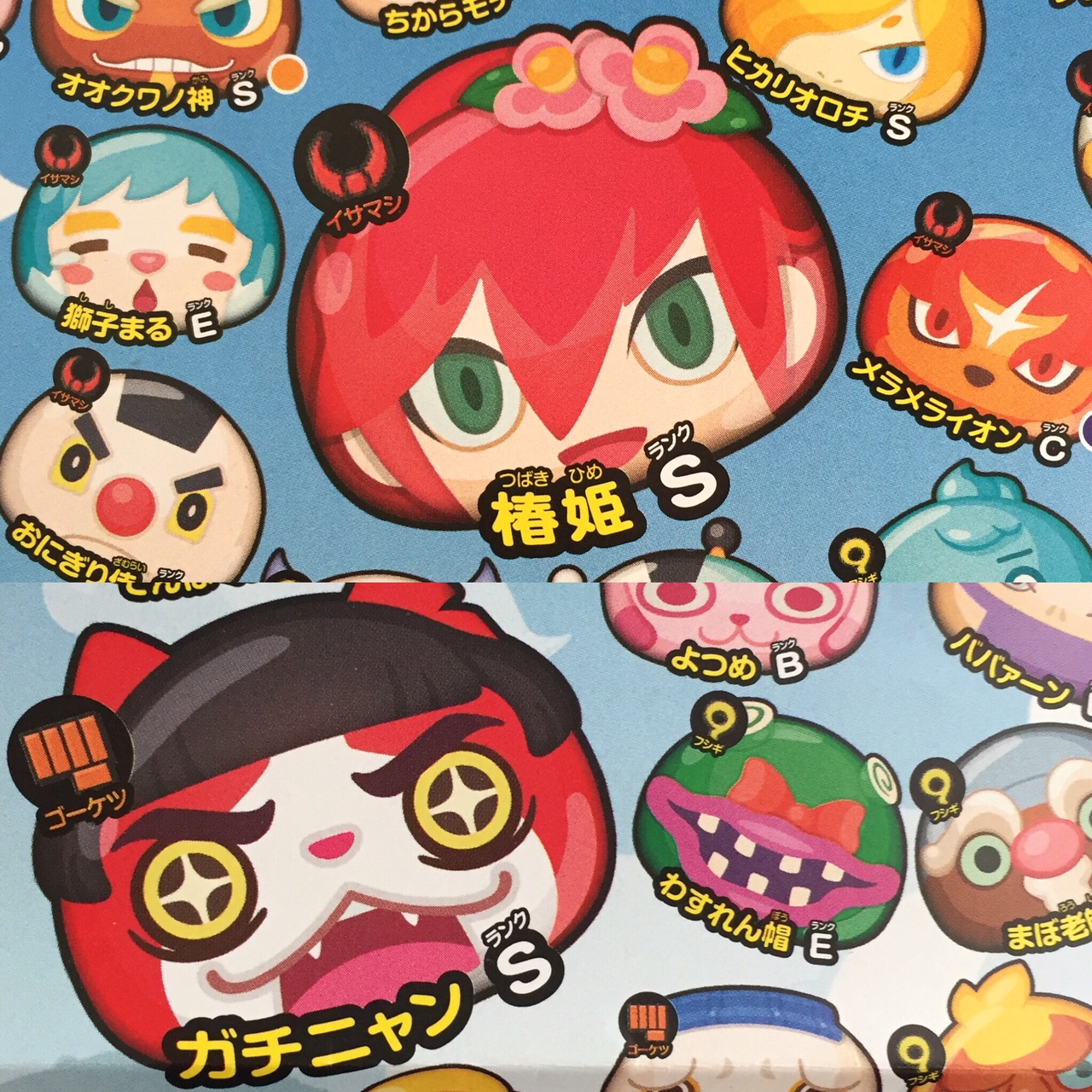 The Yo-kai Sangokushi arc of the anime will begin airing on April 8th, in Japan.

Several more of the “Sangokushi” yo-kai names and character designs have also been released. There are actually so many to share that we will be introducing those to you in a separate article.

On June 3rd, Yo-kai Sangokushi players will be able to download eight regular, and two special gacha coins, so don’t miss that!

If you plan to use the new Yo-kai Sangokushi medals with your DX Yo-kai Watch U Prototype toy, you will need to update to Version 4 by using an SD card and download it from the yo-tunes official page. For those who need help doing so, Watch of Yokai will provide a tutorial video on how to update your watch very soon!

And finally, it’s been announced that the May 2016 issue of CoroCoro will contain lots of Yo-kai Watch 3 news! As we get closer to it’s summer release we will likely be learning more and more every month from here on.