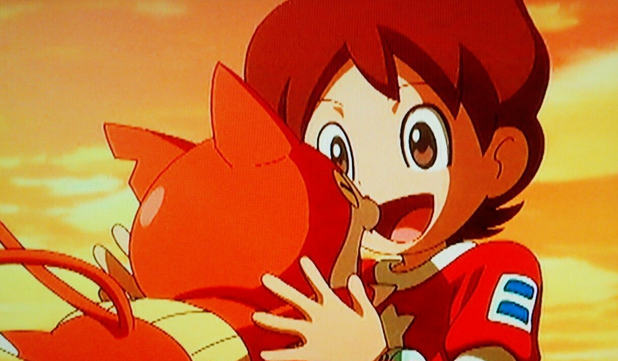 There are several ways to befriend Yo-kai. The two easiest ways to collect new yo-kai friends are: complete main storyline quests (certain yo-kai will automatically become your friend as you move through the game, the same way Jibanyan did at the start!) and to play the Crank-a-kai near the sacred tree every day (you get three tries a day).

At the Crank-a-kai you’ll want to use some of the various color coins you find as you explore the map for treasure boxes and use special promo qr codes or passwords found on other Yo-kai Watch merchandise, such as yo-kai medals. Each color coin corresponds to a Yo-kai Tribe: 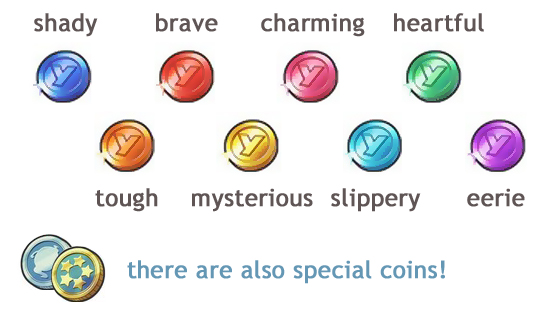 Sometimes when you use a coin or use 3DS play coins (the coins you earn by walking around with your 3DS everyday) you’ll get an item instead (but don’t fret, this can be awesome if you score a Holy Exorb!). Occasionally, Nintendo will also release extra special coins for the Crank-a-kai that can help you meet some of the highest ranked yo-kai in the game.

In Battle & with Food

By far the most common way to go about befriending new yo-kai is to locate them out on the map and beat them in battle! Most yo-kai can only be found in specific areas, so make sure you explore everywhere. From there, there are a couple of ways to improve the chances that a yo-kai will become your friend.

Give a yo-kai their favorite food and they may be more likely to become your friend. Also try giving them the highest ranked type of their favorite food. For example there are three types of milk drinks: Milk, Chocolate Milk, Fruit Milk, and Amazing Milk. Giving a yo-kai Milk will have less “befriending” effect than Amazing Milk, which will boost your chances a lot more! Some of the best foods are very expensive, so try to save those for the hardest to find or rarest yo-kai you meet.

Some Yo-kai can only become your friend through fusing two yo-kai together, like Thorny and Baddinyan, or a yo-kai and a special item together at the Shoten Temple, such as Draggie and the Dragon Orb.

Legend Yo-kai can only come your friend when you have befriended many specific yo-kai. You don’t need to fuse or even keep the yo-kai that are required for Legends as long as you have their medal logged fully in the Medallium (having befriended them once).

In a battle with three different yo-kai, you’ll only be able to befriend one of them, so keep that in mind as well! Also, during battles, occasionally you’ll get an extra friend boost from Wisps that sometimes appear, so be sure to pin a wisp right away if you see it (you can encounter a wisp more often if you can make the battle last longer)! Make sure the yo-kai you want to befriend hasn’t been beaten yet, however.