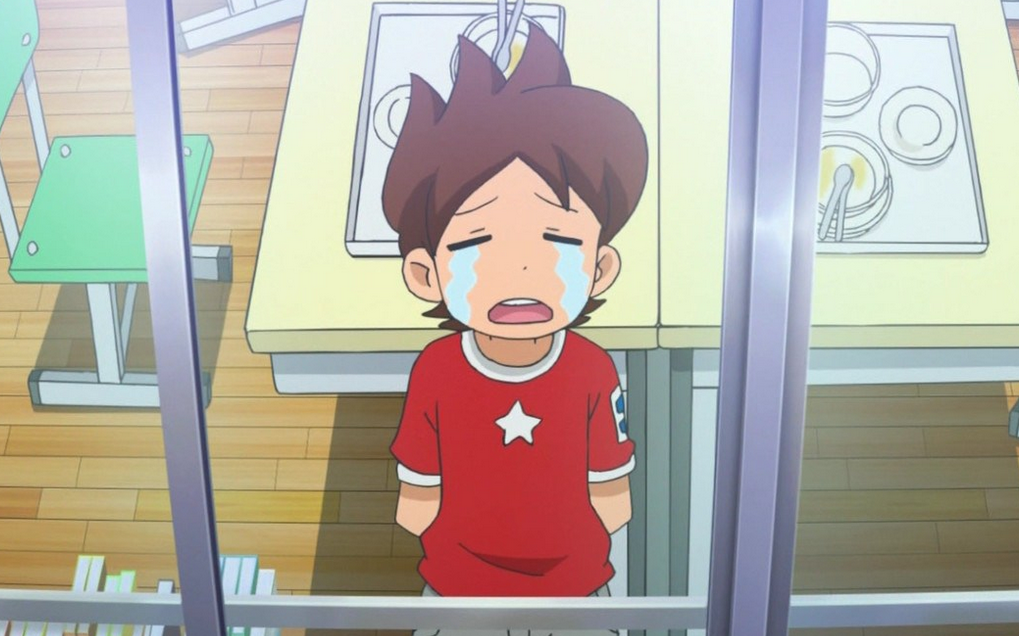 “Ok… now what?” You’ve had a big adventure with yo-kai, traveled all over your town, made lots of friends, solved problems for humans and yo-kai alike, nabbed some great treasure… and most important of all, you and your yo-kai friends defeated Chairman McKraken in battle… TWICE! So, you might be asking, “Now what?”

We’re so glad you asked, because your adventures with yo-kai are actually only just beginning! When you finally beat McKraken the final time, after those credits have rolled, a few things will be unlocked in your game, and yet other stuff you may want to remember to revisit.

I know you’re all busy gamers with places to be, things to do, and yo-kai to befriend, so here’s a checklist of a lot of the stuff we think you’ll wanna check out during your post-game adventuring. Starting with…

What Unlocks After the Final Battle?

– You can now increase your “Watch Rank” one more time; from A Rank to S Rank! Head over the watch shop and get the details on the S-rank watch quest. Now that you are S-rank you’ll want to go back to the places you remembered seeing the purple S doors… I wonder what kinds of things you’ll find.

– When you were in the Yo-kai World under the sacred tree, did you notice that some of the railings were broken? If not, you should go and try jumping down from those spots! There are THREE different zones to find and explore.

– If you had already found the zones under the bridge before beating McKraken, you’ll want to go back, as there are now some new high ranking yo-kai there who have some important fusion items to give you!

– You’ve been behaving this whole time and not crossing the street without pushing the button, right? Well, maybe it’s time to be a bit of a rebel (but only in the world of the game, of course!)! If you’ve gotten your yo-kai friends to a really high level, now’s the time to fail to press that button at the crosswalk. If you hear the angry buzzing sound you know you’re doing it wrong… er, right! If you’re strong enough to beat him, you can befriend Snartle!

– It may not sound glamorous, but don’t forget to explore the WHOLE sewer system. You’ll have to explore each map to find ALL the entrances to the sewers. While you’re down there, look for three switches that will open the big metal door to where the rare yo-kai Awevil lives.

– Yo-kai Medals and other promotional QR codes are coming soon… keep your eyes and ears open for news about the Jewel Nyans! You’ll need special QR codes to unlock them.

– Say… have you checked your Medallium lately to see if you can unlock the Legendary Yo-kai?

– Did you visit the Stone House in Breezy Hills? Someone there has a key for you that will unlock a whole new zone called the “Infinite Inferno.” You can find the key by talking to the people in the mansion that is located at the upper right corner of Breezy Hills, the key unlocks a shed that you can reach by finding the broken railing by the side of the road that loops around the Shoten Temple in Blossom Heights and taking Prayer’s Peak Tunnel.

– More about the Infinite Inferno: There are some very powerful bosses down there, so you better be ready! You can also find some very rare yo-kai there as well as items that will help you meet other rare yo-kai.

– Speaking of hidden areas, did you notice the spooky Abandoned Tunnel way up north past Mt. Wildwood Shrine and the Sacred Tree? There’s a super strong boss and a couple great items in there, so you better get going!

– Psssst~! Have you made the most of the Yo-kai Cam? You can get to it from the title screen.

– Have you collected all the items that appear during Terror Time? There’s some really great stuff in there, so go hone your stealth skills.

– Did you complete ALL the quests and requests? No? Well get going! ;P

– That reminds me of something REALLY important, did you meet Detective Holdit who’s looking for Yo-criminals around town? He still needs your help, and you’ll definitely want to, the more trophies you collect from Yo-criminal passwords the more Crank-a-kai coins you can earn from Goldenyan who’s hiding out in a hidden spot in Breezy Hills by the lake.

– Now that you have all the yo-kai, a super strong team, and have explored all the ways you can optimize your team, meet up with your friends and have yo-kai battles.

– Finally, and possibly most important of all… start looking forward to “Yo-kai Watch 2” and let Nintendo and Level-5 know how much you love this game!