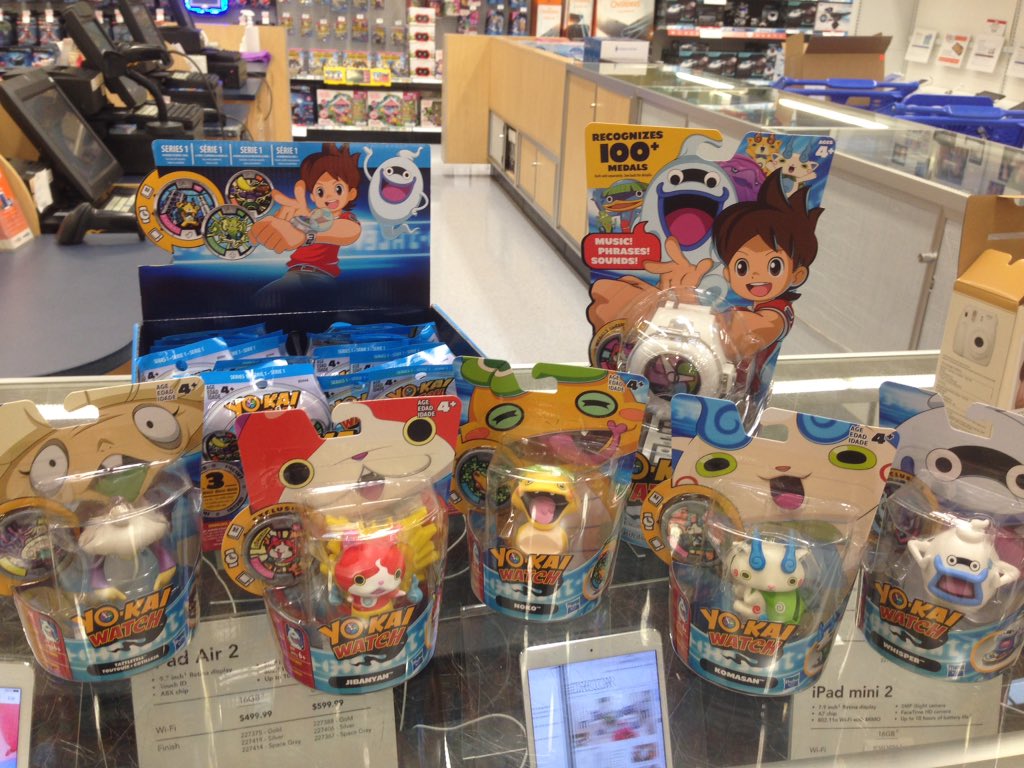 Well – this is unexpected.

We’ve been reporting for some time now that the all but ubiquitous Yo-kai Watch merchandise line was slated for release sometime in early 2016. We were surprised then, when reports of merchandise in a New Jersey store cropped on Twitter on the 14th of December.

We didn’t give much thought to it, of course – it could very well be an employee taking the picture, rather than an actual early release. Our sources have confirmed though that the store is in fact selling the merchandise, and that the items are being stocked on shelves.

We’re not sure if the store broke the street date or if they had a specific agreement with Hasbro for early release of the Yo-kai Watch line, but given that the merchandise can be bought, it’s likely the date has been “broken” by the distributor. In other words, it’s possible that the street date embargo has been lifted silently.

For those fans in New Jersey, now is your time to get some sweet Yo-kai swag!