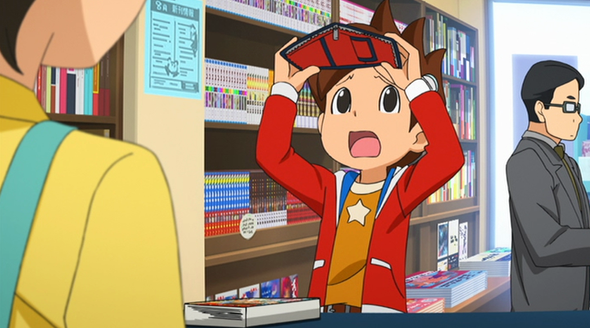 Haters say “Hey YO no!” Level-5 go cracka-lacka-boom-boom! We have some super interesting ~ Yo-kai Watch sales figures ~ for you, and we aren’t talking about Crank-a-kai coinage here.

“Yo-kai Watch” game series sales globally reached and breached 10 million units across all the current games in the franchise (* including download versions) at the start of December this year!

Back in March 2015 the “Yo-kai Watch” game series (the first game of which was released in Japanese and Korean in the summer of 2013) met 7 million, no doubt with the help of a spike due to the massive popularity of the sequel games “Yo-kai Watch 2” (Ganso, Honke, and of course Shinuchi for the holiday season last year).

Between March 2015 and now we’ve seen the release of the spin off “Yo-kai Watch Busters” games (Akaneko-dan and Shiroinu-tai) in Japan (July of 2015) with around 2 million sold (* including downloads) and of course the initial English language release of the first “Yo-kai Watch” game in November to American players which have helped push the number up to 10 million units as of December 1st, 2015!

So, with help of thousands of new fans of the English language version, the franchise has met this impressive benchmark of 10 million sold!